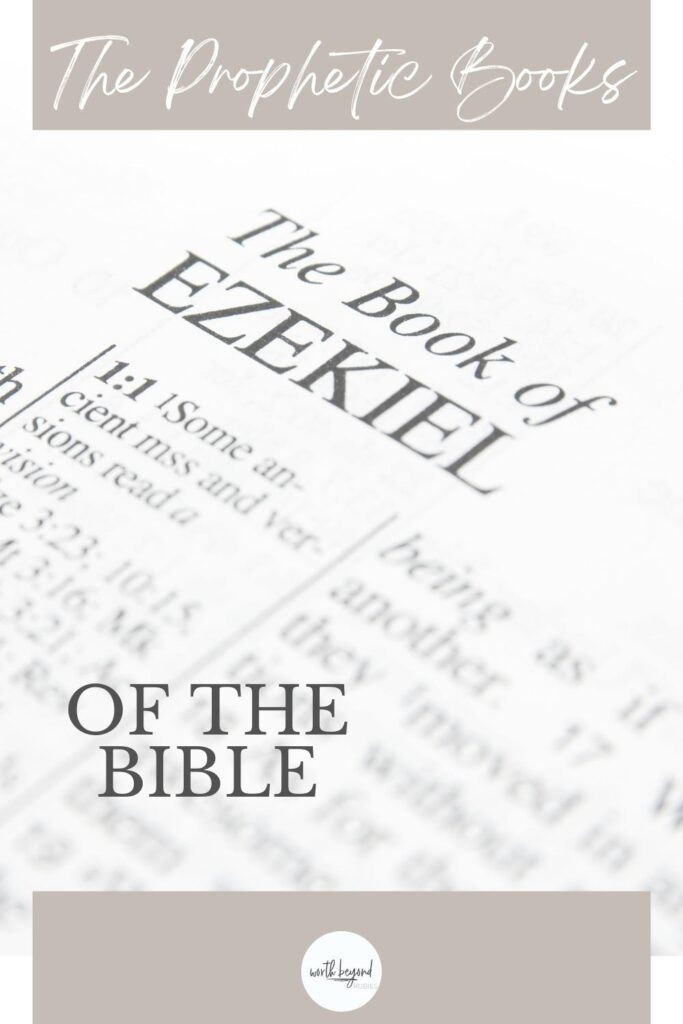 Prophecy is a topic that tends to fascinate and intrigue people or send them running in the other direction. So as a result, many people might avoid the prophetic books of the Bible.

Prophecy is not always the easiest to understand because it does have various elements to it.

Many times, when people think of prophecy, they think of a foretelling of future events. But the prophetic is much, much more than that. In fact, speaking of the future and end times events actually accounts for little when it comes to the prophetic.

We also tend to look at the prophetic books of the Bible through the lens of our contemporary society.

I grew up in New York City and I cannot tell you the number of times I would walk through Times Square and see someone standing on the street corner shouting out that the end of the world was near.

We as a society scoff at people such as these because we no longer believe that God speaks to us through individuals unless they are in suits or expensive dresses on pulpits with the title in front of their names.

What is a Prophet?

A prophet, or Navi in Hebrew, is someone who delivers a divine message to a third party. It is a messenger from God. It is an intercessor. It is NOT a fortune teller.

Think of a prophet as someone who acts as a go-between for God and the people.

The Classical Prophets, those who spoke to the people, included prophets such as Isaiah, Amos, Ezekiel, Micah, Jeremiah, and Hosea.

The Nonclassical Prophets who spoke to kings were those such as Elijah, Elisha, Gad, and Nathan.

There is also a difference in how prophecy was written based on these prophets, with the Nonclassical written in prose and the Classical in poetry. Isaiah is a perfect example of this poetic form of writing.

Then we have the writings of the New Testament like Revelation. I admit I am an avid reader of Revelation, but likely not for the same reasons many people read it.

I do love to study it in detail and we will make its study part of what we do here at Worth Beyond Rubies while avoiding getting deep in the weeds of the various arguments and theories involved and we will stick primarily with the scriptural study alongside the Old Testament texts that go alongside of it. Our goal is critical thought and scriptural pursuit above all else.

The Study of the Prophetic Books of the Bible

We will study each of the prophets and their writings, including their literary styles as that is important as well, and learn all we can from them.

We will especially look at them during times when their writings bear special significance (such as Isaiah during the Hebrew month of Av).

So we hope you will join us as we explore prophecy and the amazing prophets of scripture.

So now that we covered what prophecy is, when can you expect to find more articles on this topic?

Well, since this page is a new addition to Worth Beyond Rubies, we are working on adding content as we speak so please check back soon!