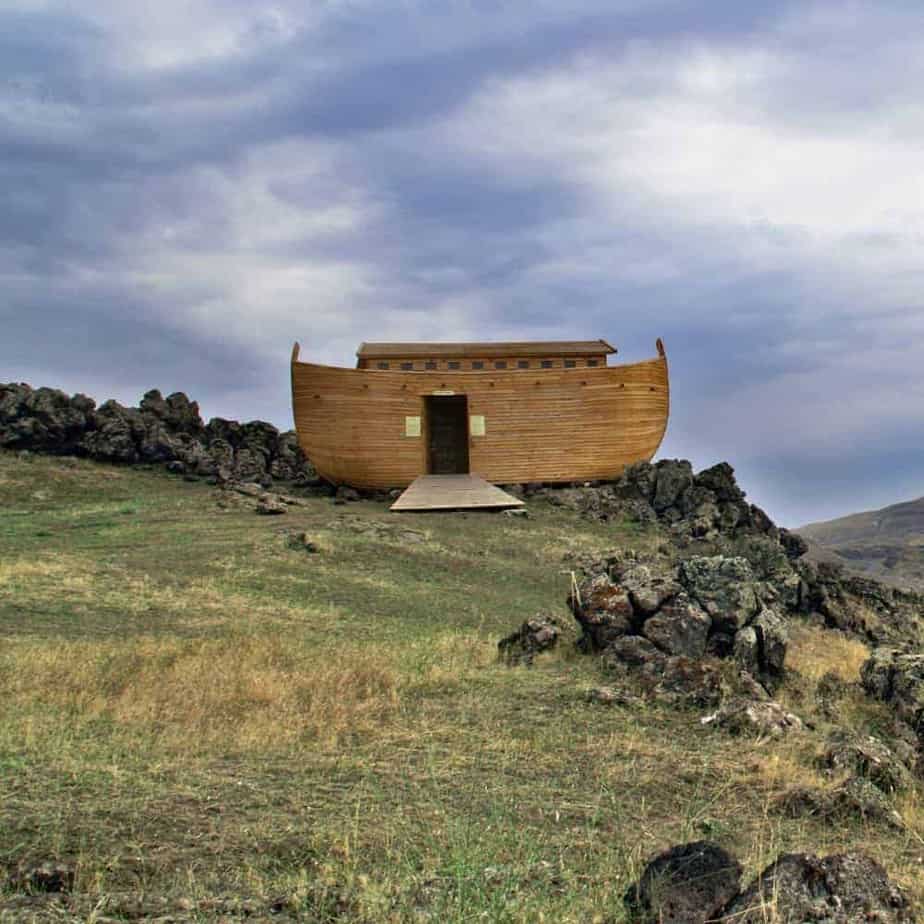 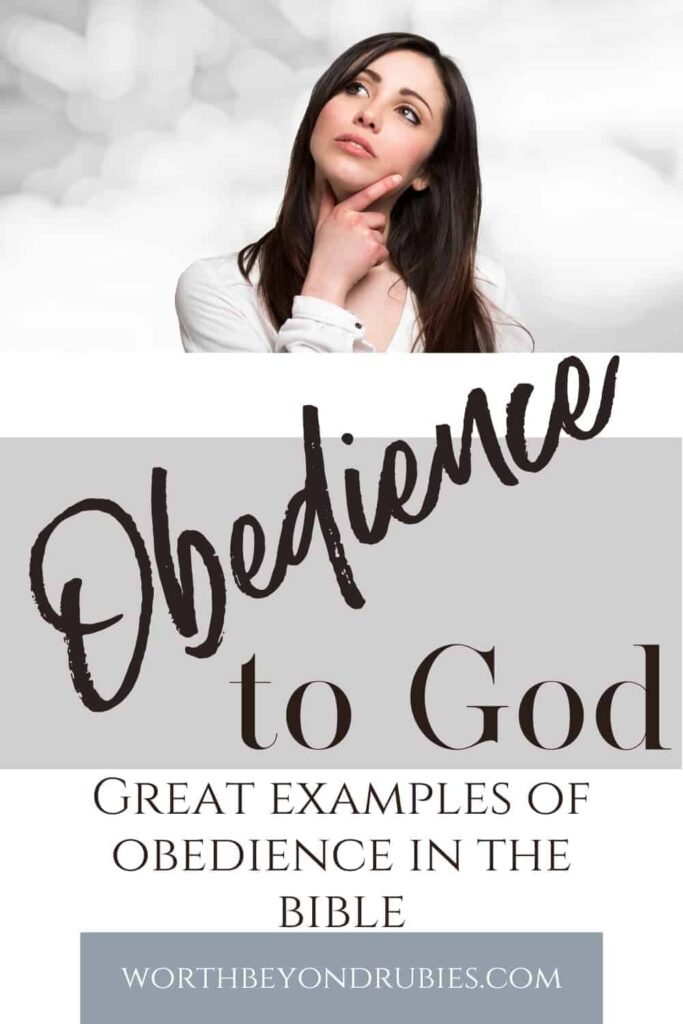 The Bible is ripe with examples of obedience to God when, according to scholars, there was often no real evidence for them that what they were hearing was God’s voice at all! God didn’t always appear in a burning bush! These were truly acts of faith and trust of obedience in the Bible.

As I write this, it is the Sabbath on November 9th, 2019. The weekly Parashah (or reading) is entitled Lech Lecha. I believe this week’s Sabbath reading is an amazing example of Avram’s (Abram) obeying the voice of God and how God honors that obedience.

What you see above is Lech Lecha in Hebrew.

As you can see, in Hebrew they look exactly alike but they are two very different words.

Lech is ‘go or move forward’ and Lecha is ‘of yourself or for yourself’. It literally translates to ‘go for you’ or go for your own benefit.

In Genesis 12:1–3, God tells Avram to take his family and all he owns and go! He tells him to leave the only land he ever knew, the land of his father and his family and where he grew up, and go to a land God would show him.

So this command, if you will, from God came with a promise. It came with a covenant promise.

God said take everything and everyone important to you and put your faith in Me. Go to a place I will show you and if you obey my voice, I will give you three things;  land, children and blessing.

He told Avram He would give him a land that He will yet show him, He would make his descendants so numerous that he would be unable to count them, and He would bless those who bless him (and his) and curse those who curse him (and his).

The next verse, verse 4 says:

So Abram went, just as Adonai had spoken to him. TLV

Now, not only did Avram have to release all his faith that what he was hearing was actually God, but the Jewish philosopher and Torah scholar Maimonides (also known as the Rambam) believes this was the first in a series of tests of Avram’s faith and that it was, in fact, one of ten tests.

We know one test was when God instructed Avraham (he had since been renamed by God) to take his son Issac up on Mount Moriah and sacrifice him to God and Avraham passed that test as well. So we can see a pattern of testing of faith in Avraham’s life.

So we see this testing of Avram’s faith because it required him he to put all his faith in what he was hearing from God, move everyone he loved and leave his homeland all while trusting that this was from God. He did this by examining what he knew of God and His character.

We see this testing of Avram’s faith because he had to leave his homeland and trust that this was from God and he did this by examining what he knew of God and His character.

Avram was a descendant of Shem, Noah’s son. Noah was another person who trusted the voice of God and stepped out in faith and obedience to God without any evidence.

Noah heard God speak to him and tell him that He would send a flood upon the earth so he was to build an ark and follow the exact specifications God gave him. He was then to take his family and pairs of animals into this ark, and God Himself shut them in the ark.

So Noah did according to all that God commanded him; he did so exactly. TLV

I want to put this into perspective for a moment.

Rain and flood were things that were not part of the peoples’ experience at this time.

The earth was watered by a mist that came up from the earth and a sort of water canopy so it may have had a type of greenhouse effect. But we cannot prove that rain had ever fallen prior to the flood.

Now no shrub of the field was in the land yet, and no green plants of the field had sprouted yet. For Adonai Elohim had not caused it to rain upon the land, and there was no one to work the ground. But a mist came up from the land and watered the whole surface of the ground.

We don’t see anything after this that indicates that rain had fallen prior to the flood.

Add to that, that there appears to be no indication that Noah had ever audibly heard God’s voice before this, although it’s possible since he did not seem at all surprised to hear God speak.

Yet Noah, in his faith, did as God instructed him.

He trusted the voice of God and obeyed. And for this obedience, God established a covenant with Noah. God rewards obedience and faith with promise!

Noah was kept out of the time of trial that had come upon the earth because God had shut him in.

Oh the trials we could avoid in life if we would just listen to God’s voice.

He trusted the voice of God and obeyed. And for this obedience, God established a covenant with Noah. God rewards obedience and faith with promise!

Our Own Obedience to God

Many times, we question whether a leading we have is from God.

God may be asking us to step out in faith and make a bold move. And we wonder if what we are hearing or the direction we are getting is really from God or if it is reliable!

Are we hearing from ourselves and is it just our own will? Is it the enemy trying to distract us? Is he trying to steer us away from God’s path for us by making us think a leading is God?

God may be asking us to step out in faith and make a bold move. And we wonder if what we are hearing or the direction we are getting is really from God or if it is reliable!

How has God communicated with us in the past? Do we know His Word?

How to Obey God’s Voice – Know the Word

If anything that we are hearing or any leading we are getting is contrary to His Word, it is not from God.

God will never go against His character or His Word.

“God is not a human who lies or a mortal who changes his mind.
When he says something, he will do it;
when he makes a promise, he will fulfill it.” CJB

If you are hearing anything contrary to who know God to be, it is not God. God will never leave you feeling confused or in turmoil.

“…for God is not a God of unruliness but of shalom. As in all the congregations of God’s people…” CJB

God is never going to give you a situation where He wants you to experience confusion. He gives us His Word so that we CAN know Him and His nature. If the leading you have goes against that, it is not of God.

This is why studying the Word and meditating on the Word and memorizing scripture is really valuable. God can recall those scriptures to you just when you really need them.

There have been times I have been struggling with a decision and looking for confirmation and I will be praying and all of a sudden a verse will pop in my head that gives me that confirmation I was looking for!

Now, to be clear, just because a verse pops in your head during prayer doesn’t mean it is confirmation! The enemy knows scripture too! But when EVERYTHING else seems to point that way and that happens, it carries much more weight!

But if everything else points away from it, your gut just doesn’t feel easy about it and then this verse pops in your head, you cannot ignore all those other signs and run with that one verse!

Sometimes when we want something really bad we will latch on to things that seem to confirm it for us because that is what we WANT to see. But again, measure everything up, not just one or two things.

Obeying the Voice of God Sometimes Comes With Mistakes

When we talk about following and obeying the voice of God, we have to learn and understand that we are sometimes going to make mistakes and that’s ok!

We are not always going to get it right. I have made my fair share of mistakes in obeying God.

There have been times in my life and in my ministry that I thought I was hearing God and it turned out to be my own leading. And I chose to see things in the vein of what I wanted rather than in obedience to God.

And in hindsight, I was able to look back and see that it was all me! I was able to see how I was ignoring CLEAR signals God was giving me and choosing to look only at the ones I wanted to see.

I even had my pastor’s wife show up randomly at my door one morning to see if I was ok because God had put it on her heart to pray for me at 3am!

God knew I was about to make a big error and He tried to redirect me but I wasn’t paying attention.

God knows we will mess up and He gives us grace! There is no mistake He cannot redeem! He redeemed all my mistakes and He will do it for you!

God knows we will mess up and He gives us grace! There is no mistake He cannot redeem! He redeemed all my mistakes and He will do it for you!

So we need to be careful about inserting our own foot, so to speak, into our walk! We want God to light our path.

Your word is a lamp for my foot
and light on my path. CJB

We need to let the Word illuminate that path and not try to shine our own little flashlight on it looking for detours.

But rest assured, you can never make a mistake that is too far gone for God.

Trust in His leading, in His Word and measure everything up against it and then, like Avram, step out in faith and into the blessings obedience to God brings!