GET YOUR FREE SOAP BIBLE STUDY WORKBOOK → COUNT ME IN!

The Book of Ruth tells the story of Ruth and Naomi, her mother in law, and the love and loyalty that not only existed between them but that Ruth had for Naomi’s people.

It is a story of friendship, family and redemption. This redemption comes in the form of a relative of Naomi’s named Boaz. It is through him that we see the role of kinsman redeemer played out and see what this means to us as believers.

So let’s look further into the lives and friendship of Ruth and Naomi and explore this book of the Bible that is one of my favorites.

Who Are Ruth and Naomi?

Ruth and her sister in law Orpah were married to two brothers, the sons of Naomi and Elimelech. They were Moabite women and their husbands were of the Tribe of Judah who had left Bethlehem to live in Moab in order to escape the famine.

Moab was NOT a good place. It was definitely not a place where good, God-fearing people like Naomi, Elimelech and their sons would want to be. But they were there to escape this famine and felt they had few options.

Eventually, Elimelech dies and Naomi is left in the care of her two sons, who, unfortunately, also soon pass.

Naomi decides to return to Judah because she had heard the Lord had seen His people and had provided them with food. Because Ruth and Orpah are Moabite women, she tells them to return to the homes of their families so they can find husbands.

Naomi expressed some degree of guilt toward the young women, believing that the hand of God was against her. She believes, in a bitterness that is reminiscent of Job, that God was somehow against her and that the young women would have a better life away from her.

After some protest, Orpah kisses her mother in law goodbye and leaves for her family’s home. But Ruth refuses to leave Naomi.

Don’t press me to leave you and stop following you; for wherever you go, I will go; and wherever you stay, I will stay. Your people will be my people and your God will be my God.

Where you die, I will die; and there I will be buried. May Adonai bring terrible curses on me, and worse ones as well, if anything but death separates you and me.

So Ruth accompanies her mother in law back to the land of Judah.

Ruth and Naomi – Embracing the God of Israel

What is significant about Ruth desiring to stay with Naomi and saying “your God will be my God” is she made this choice even after Naomi stated that she believed that God was against her. Ruth was willing to accept whatever fate the Lord would assign her.

Had Ruth returned to her family, she would have also been returning to her family’s gods. So this was more than just choosing to stay with Naomi. It was a choice to stay with her God and a faith that what Naomi believed about God’s punishment was not the case.

In verse 17 she uses the Name Adonai or YHVH. She uses His very Name signifying that she was accepting Him as her very own.

When Ruth and Naomi arrive in Bethlehem the Bible tells us in verse 19 that the people in town were excited! The women asked “Could this be Naomi?”, which meant ‘pleasant’.

Naomi didn’t quite feel her name suited her and instructed them to refer to her as Marah, which means bitter,

because Shaddai has made my life very bitter.

We see the word ‘Marah’ elsewhere in scripture in the bitter waters of Marah.

Then Moses led Israel from the Red Sea and they went into the Desert of Shur. For three days they traveled in the desert without finding water. When they came to Marah, they could not drink its water because it was bitter. (That is why the place is called Marah.)

So the people grumbled against Moses, saying, “What are we to drink? Then Moses cried out to the Lord, and the Lord showed him a piece of wood. He threw it into the water, and the water became fit to drink.

Ruth and Her Kinsman Redeemer Boaz

Ruth goes out into a field to glean some grain behind the workers and we learn this field is owned by a man named Boaz, who is a relative of Naomi’s deceased husband.

He takes a liking to Ruth because of how kind Ruth had been to Naomi and how she had stayed with her and accepted her as her family.

Because Boaz was closely related to Naomi and Ruth, he was a potential go’el, which means ‘redeemer’. A kinsman redeemer is a relative who, according to Jewish law, has the right to act on behalf of a relative who was in danger or needed vindication.

We see this in the case of a relative of someone who is killed and has the right to avenge the death of their relative. The term ‘avenger of blood’ is often used. They may also redeem property for a relative who was destitute or receive restitution for a relative who has died.

This was Mosaic law which states in Leviticus:

There was actually a relative who was more closely related to Naomi and Ruth but Boaz says that if the relative is willing to be the redeemer then so be it, but if not, he would step in and be that redeemer.

We see in the Book of Ruth that the relative chooses not to be the redeemer since it would mean marrying Ruth and he was not willing to put his own inheritance at risk, so Boaz becomes Kinsman Redeemer and marries Ruth, redeeming Naomi’s land as well.

They go on to have a son named Obed. This same Obed would go on to be the father of Jesse who was the father of King David, an ancestor of our own Kinsman Redeemer, Jesus.

Jesus redeemed us from the punishment of sin, which is death. His sacrificial death upon the cross paid the price that was ours to pay.

Jesus redeemed us from the punishment of sin, which is death. His sacrificial death upon the cross paid the price that was ours to pay. Click To Tweet

Boaz redeemed Naomi’s lineage by giving her a descendant, Obed, who was now Naomi’s own son. She became a foster mother to him and he would care for her in her older years, as was the duty of a son. Boaz and Ruth gave her the son she lost but they gave her more than that.

Ruth did not have to stay with Naomi. She could have returned to her own family. But these two widows continued on together and cared for each other until God gave Naomi what was lost.

Ruth chose her family. She chose to remain with the woman her husband could no longer care for. And God provided!

And Jesus provided that redemption for us.

Ruth and Naomi – Two Widows Who Changed the World

Because of Ruth’s faithfulness to her mother in law, Ruth and Naomi gave something to all of us; they gave us our Savior.

Ruth’s simple act of love and kindness not only provided redemption for Naomi but for us all.

Ruth chose to reject the gods of her family and accept the God of Israel.

When we reject the gods of this world and choose to follow Jesus, we too are redeemed.

Ruth and Naomi are not only the family of our Messiah, they are the very picture of choosing; choosing family, choosing God, choosing redemption over the things this world offers.

Why Did Jesus Curse the Fig Tree – The Fascinating Answer

WORTH BEYOND RUBIES’ WEEKLY WEDNESDAY LINK-UP     PARTY RULES: 1.) FOLLOW YOUR HOST VIA THEIR BLOG AND/OR SOCIAL MEDIA CHANNELS (Not Mandatory but very much appreciated!) 2.) LEAVE 1-2 OF YOUR MOST RECENT CHRISTIAN LIVING POSTS ONLY. ANY DIY, CRAFTS, RECIPES, ETC.  WILL BE DELETED. WE ALSO RESERVE THE RIGHT TO DELETE POSTS THAT DON’T ALIGN WITH THE THEME 3.) VISIT 1-2 OTHER LINKS AND LEAVE A MEANINGFUL COMMENT!  PLEASE DON’T LINK AND RUN! 4.) ALL LINKS ARE RANDOMLY SORTED – FEEL FREE TO LINK AS EARLY OR AS LATE AS YOU’D LIKE. THE PLAYING FIELD IS EVEN! 5) JOIN US EACH WEEK FOR A NEW LINK UP! Please grab our button and place on your site so others can join us!

So many good lessons in Ruth’s story.

Yes there are! Thank you Barbara!

There’s so much we could learn from Ruth’s dedication and loyalty to Naomi. Thanks for sharing. Many blessings to you!

Thank you so much and blessings to you as well!

The book of Ruth is one of those stories I get something new from every time I read it. Thank you for this comprehensive look at the role those two courageous women played in biblical history — and our redemption!

Thank you so much Michele!! I get something new each time it seems as well!

I absolutely love the story of Naomi and Ruth and have written about it, myself, several times. What a testimony of faith and loyalty! Thanks for another great post!

Thank you so much my friend!!

I love this story from start to finish!

It’s one of the most precious in the Bible isn’t it?

“Jesus stepped off Heaven’s throne and redeemed that which we lost, OUR inheritance.” Aren’t we blessed? So grateful.

I love the story of Naomi and Ruth and you’ve done such a wonderful job telling it.

Thank you so much!!!

I love the story of Naomi and Ruth. I am just so astonished how often the line of Christ almost didn’t happen or seemed that it would be interrupted. But of course, we know that would never have happened. The story of Boaz and Ruth is one of my favorites. Thank you for this beautiful post.

Thanks for linking up at InstaEncouragemetns!

Thank you so much Patsy!!

What a beautiful story of faith, loyalty, and redemption, Diane. No one can tell a Bible story the way you do! Thank you for sharing the familiar story of Ruth, Naomi, and Boaz with us today. I love the way you linked the redeemer on Ruth’s story with Jesus, our Redeemer.

Thank you so much Laurie!! That just blessed me so much!! I so appreciate that!! 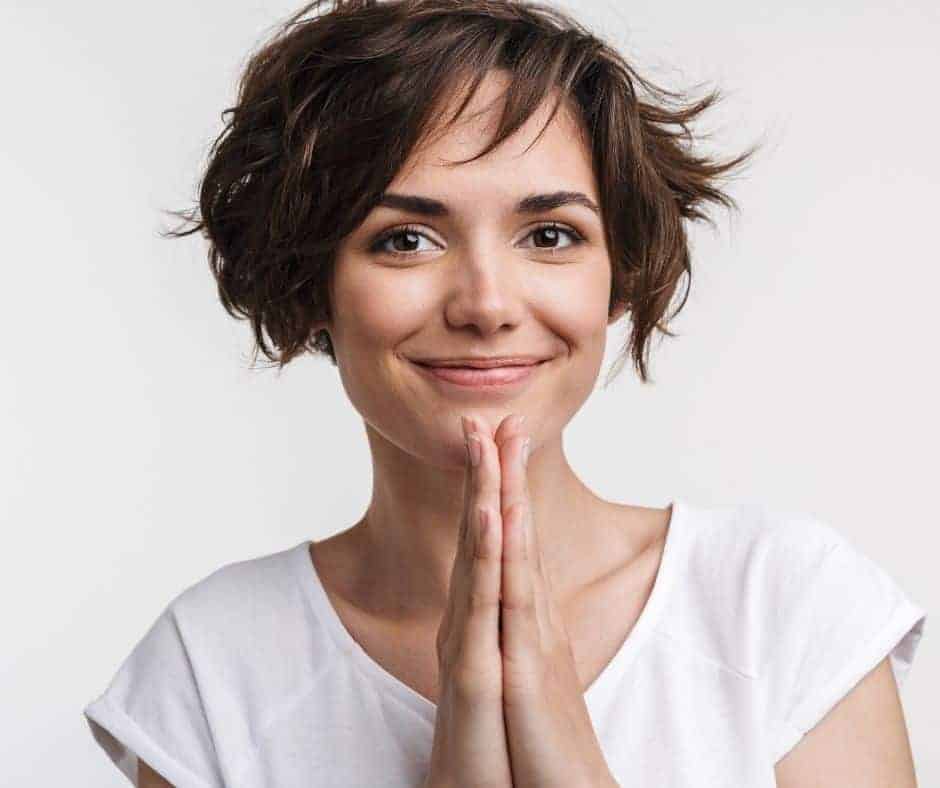 yes! I'd love the workbook!