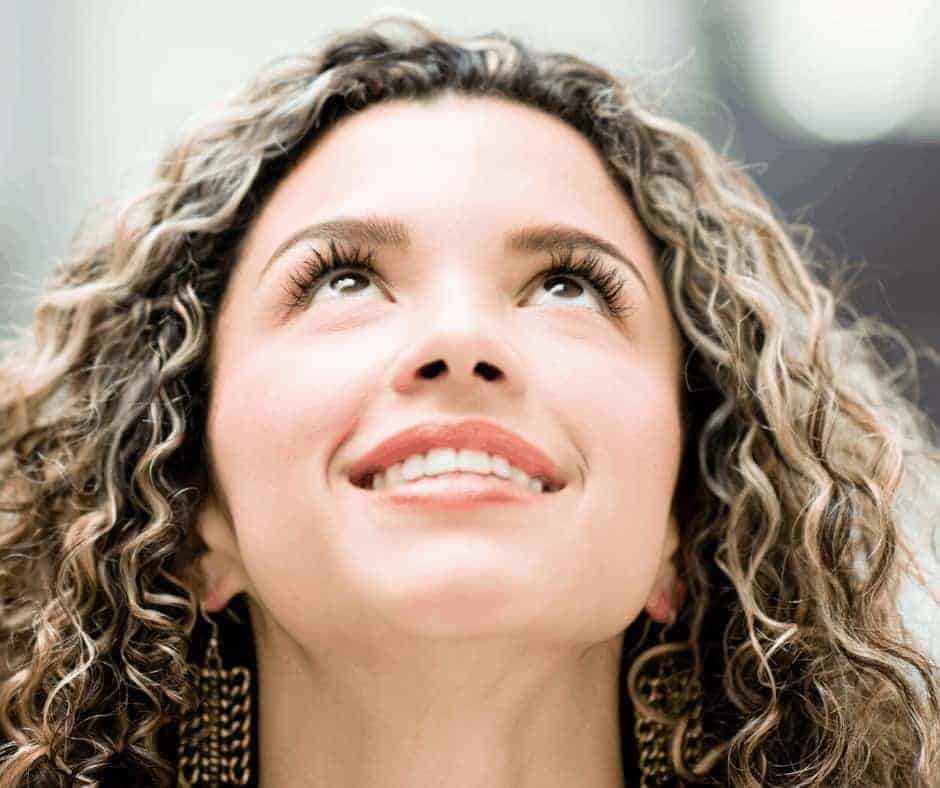 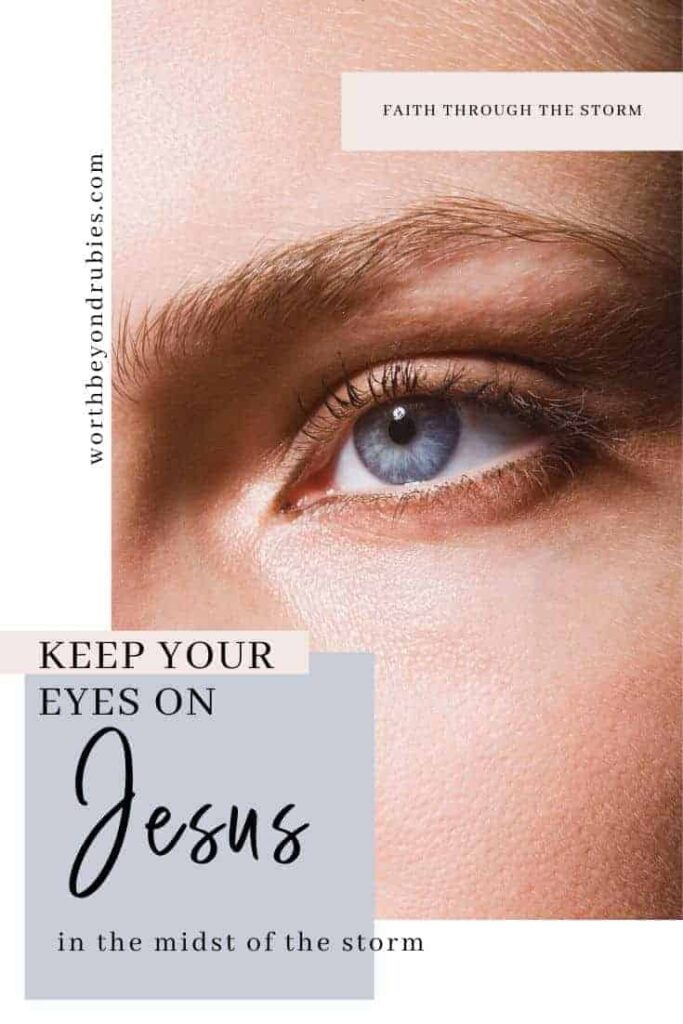 In the midst of the storm it is often difficult to have faith and trust that God is in control. We often get overtaken by the waves and feel like we are lost, alone and drowning in hurt, pain, sorrow. How do you keep your eyes on Jesus when the storms of life seem to overtake you?

Peter and Jesus in the Midst of the Storm

In Matthew 14 we find the story.   Jesus had gone off to the hills to pray after the feeding of the 5,000. He sent the people home, sent His disciples off in a boat and He went off on His own to pray until after dark.

While He prayed, the disciples had found themselves in the midst of a violent storm. It was roughly 3am when Jesus, in the midst of this storm, comes walking to them on the waves.

Now it is important to note here that Jesus had not calmed the storm as He had on another occasion when He was sleeping in the boat. He walked to them while the storm raged.

The disciples see Jesus and believe it is a ghost. But Jesus tells them it’s Him.   Rather than simply believe He was there with them in the storm, Peter (oh it’s always you Peter) wants proof. He tells Jesus that if it is really Him to allow him to walk on the water. Jesus grants this request.

So Peter begins walking on water toward His savior who is there with him. But as soon as the waves kicked up, Peter looked away from Jesus and to the waves and he began to sink. He called out to Jesus to save him, which Jesus does but also with a rebuke of Peter’s lack of faith.

But immediately Jesus spoke to them, saying, “Be of good cheer! It is I; do not be afraid.”

And Peter answered Him and said, “Lord, if it is You, command me to come to You on the water.”

So He said, “Come.” And when Peter had come down out of the boat, he walked on the water to go to Jesus. But when he saw that the wind was boisterous, he was afraid; and beginning to sink he cried out, saying, “Lord, save me!”

And immediately Jesus stretched out His hand and caught him, and said to him, “O you of little faith, why did you doubt?”  And when they got into the boat, the wind ceased. NKJV

Keep Your Eyes on Jesus in the Storm

Jesus was right there with him in the midst of the storm and yet his faith faltered and he worried more about the power of the storm than the One who controls the winds and the waves.

Peter wanted proof that Jesus was there with them and Jesus granted that proof.

You see, Peter had already seen Jesus at work in the storm. He had been in the boat while Jesus slept. He had been there when Jesus awoke and calmed the wind and waves. Peter knew Jesus commanded even the weather!

Do we do the same or do we keep our eyes on Jesus in spite of the wind and waves that threaten us?

Do You Keep Your Eyes on Jesus or on the Waves?

When the storms of life rage around you, do you keep your eyes focused on the problem or the problem solver?

You see, like the disciples learned, Jesus won’t always take the storm away. But He will be there with us in the midst of the storm.

He will be there with us in the middle of our sickness, our job loss, our financial problems. And, like Peter, He will allow us, if we place our faith in Him, to rise about the storm and walk on the waves.

Are you a wave walker or are you sinking in the sea of life’s turmoil?   Do you keep your eyes on Jesus or are you watching the waves?

When the storms of life rage around you, do you keep your eyes focused on the problem or the problem solver?

Noah and the Flood

Our friend Noah didn’t escape the flood.   The storm raged around him and yet God Himself sealed Noah and his family safely in the ark.

They still were still in the midst of the storm that destroyed all living creatures but Noah had faith enough to construct a boat without a sign of rain because he knew God was a promise keeper!

For forty days the waves crashed against the ark and yet Noah and his family kept their eyes on God’s promise.   Like Noah, the storm may rage all around you but God has made you a promise that He will be there with you.

Walk on the Waves

When we get a bad report, when life hands us trials and struggles (and it will), when we feel alone and wonder how we will ever get through the day, walk on the waves. Keep your eyes on Jesus and go to Him.

The problem may not disappear. The turmoil might worsen for a time. But God has it under control and He is working in the midst of the storm!

We don’t see what He does and we don’t know what He knows.

When my husband and I went through the storm where he was looking for a new job and every door seemed to slam shut, we could have looked at the waves.

And I won’t tell you there weren’t times we glanced at them for a moment, but then we lifted our eyes up and saw God doing an amazing thing!

What we thought was the worst turned out to be the absolute best!

Watch Jesus and be a wave walker! Keep your eyes on Jesus in the storm!

Thank You For Reading Keep Your Eyes on Jesus!

Click To Tweet
PARTY RULES: 1.) FOLLOW YOUR HOST VIA THEIR BLOG AND/OR SOCIAL MEDIA CHANNELS (Not Mandatory but very much appreciated!) 2.) LEAVE 1-2 OF YOUR MOST RECENT CHRISTIAN LIVING POSTS ONLY. ANY DIY, CRAFTS, RECIPES, ETC.  WILL BE DELETED. WE ALSO RESERVE THE RIGHT TO DELETE POSTS THAT DON’T ALIGN WITH THE THEME 3.) VISIT 1-2 OTHER LINKS AND LEAVE A MEANINGFUL COMMENT!  PLEASE DON’T LINK AND RUN! 4.) ALL LINKS ARE RANDOMLY SORTED – FEEL FREE TO LINK AS EARLY OR AS LATE AS YOU’D LIKE. THE PLAYING FIELD IS EVEN! 5) JOIN US EACH WEEK FOR A NEW LINK UP! Please grab our button and place on your site so others can join us!