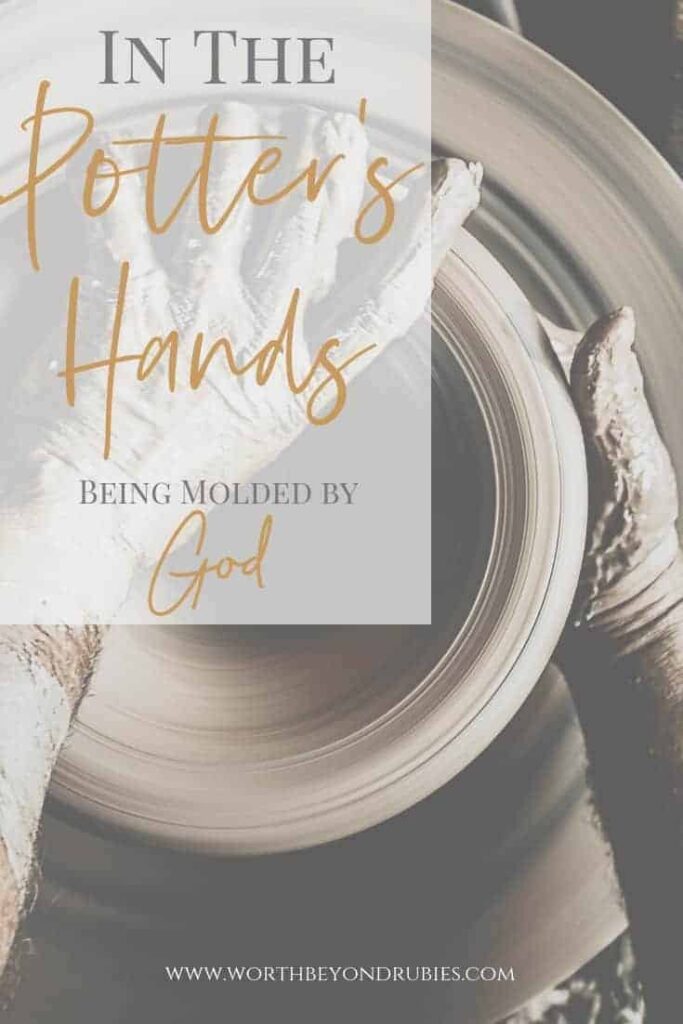 Have you ever started a project or a ministry only to experience doubt and confusion, to experience criticism and trials? You question whether you are qualified to be in ministry at all! You wonder why, if  you are serving God, are you experiencing such conflict within yourself! Beloved, God uses the unqualified and He is refining you and shaping you to be a tool He can use for His glory! What does it mean to be in the Refiner’s Fire and in the hands of the Potter, molded by God?

It was November of 2015 when I took the leap and first started my blog. I created it because I believed I had a calling to do so. I discussed this with my husband on a 3 hour trip we were making home after spending Thanksgiving

We got home and I was full of excitement, ready to create this ministry that I felt called to. I got it all up and running and I was beaming with excitement. I wrote my first post!

And then, I did nothing.

It sat. I published it, but I didn’t promote it. I didn’t blog

on it. It just sat and it sat for a year! Worse yet, when I finally DID take the step to start blogging and promoting, I gave up after only a couple of months!

I shut it down completely! I lost all the work I put into it and had to start over again from scratch when I began blogging again in June 2018.

Why? Why, when I felt called and was SO sure this is what God was leading me to do, did I just shut it down?

The answer is two-fold.

For it is God Who Works in You

For one, I didn’t have enough confidence in my own ability to write.

I had been writing since I was a little girl. Most of my family thought that I would be an author one day. My mother, before she passed, could tell you all about the first “book” I ever wrote when I was a young child, about a frog.

But over time I stopped writing.

So here I sat, looking at this blogging

ministry that I had let fall away and wondering why I couldn’t just do what I felt led to do.

You see, I felt LED but yet, at the same time, I was looking at my own ability vs. looking at God’s ability

to work through me. If I felt called to do it, I should have had the faith to know God would equip me for it.

I Am Just a Nobody…Right?

The second and biggest reason was that I really didn’t think that I was someone who other people would believe they could learn anything from.

I was no different than any other woman out there, so who was I to assume to try to teach anyone anything? I had no education in theology, no degree in Biblical studies

, no experience in teaching. So who was I?

Well, we know where those thoughts were coming from! But I bought into them.

I am just a nobody!

Not only was I a nobody, but I was a messed up nobody!

I had multiple marriages, I had anxiety and suffered from panic attacks. I was a mess! Why on earth would anyone want to read ANYTHING I had to say??

What I had to come to terms with was that God uses the plain and ordinary for the extraordinary.

He has done this countless times in scripture

and He would do it again with me as He took this self-doubting lump of clay into the Potter’s hands.

[ctt template=”8″ link=”b7ugr” via=”yes” ]God uses the plain and ordinary for the extraordinary![/ctt]

The religious Jews of the day were looking for a conquering savior! They were looking for their Messiah who would come charging into Jerusalem and take power from Roman tyranny! What they got was a Rabbi riding on a donkey’s colt.

He could have been anything He chose, but He chose ordinary.

[ctt template=”8″ link=”T142o” via=”yes” ]And most of all, He Himself took the form of an infant, a baby lying in hay in a manger, to set the captives free, to give us eternal salvation! [/ctt]

God Takes the Least Likely in the Potter’s Hands

It is because it is the plain lump of clay

that can be most easily molded into something beautiful as He takes it in the Potter’s hands and puts it through the refining fire. And it is the plain and ordinary that we can most closely identify with.

Have you ever looked at a lump of clay? It is just that, a lump. It is a formless, plain piece of nothing!

But oh…the potential in that piece!

[ctt template=”8″ link=”1cfIa” via=”yes” ]Have you ever looked at a lump of clay?  It is just that…a lump.  It is a formless, plain piece of well…nothing. But oh…the potential in that piece! [/ctt]

In the Refiner’s Fire

gets his hands on it and shapes it and forms it and puts it through the fire to turn it into something useful, something beautiful. It is original because the hands that made it won’t make any two pieces exactly alike.

It becomes set, it becomes tougher in the fire, and takes the shape and form the potter imagined in their mind. But the only way to turn it into what the potter wants is to put it through the fire.

That is the place where it loses its weakness and becomes firm and takes on the shape its creator gave it!

Silver and gold also go through the fire! They are purified in the fire and have their impurities removed!

This is not some wild, random fire! This is the Refiner’s fire, a fire that is carefully contained by the Master, where His precious ones are placed in, not to be harmed but to be purified and shaped!

But he knows the way that I take; when he has tried me, I shall come out as gold. ESV

For you, O God, have tested us; you have tried us as silver is tried. ESV

Therefore thus says the Lord of hosts: “Behold, I will refine them and test them, for what else can I do, because of my people?

Each one’s work will become manifest, for the Day will disclose it, because it will be revealed by fire, and the fire will test what sort of work each one has done. ESV

So that the tested genuineness of your faith—more precious than gold that perishes though it is tested by fire—may be found to result in praise and glory and honor at the revelation of Jesus Christ. ESV

[ctt template=”8″ link=”dq50y” via=”yes” ]The only way to turn it into what the potter wants is to put it through the fire.  That is the place where it loses its weakness and becomes firm and takes on the shape its creator gave it![/ctt]

Refiner’s Fire – Being Shaped by God

I had to go through the Refiner’s fire and be refined and be who God was shaping me to be!

I had to go through a period of testing and working out the doubts, the fears, the uncertainties; these were my impurities. There was that need to face my own insecurities and my own concern with what other people thought of me! I had to deal with the naysayers who thought I wasn’t good enough (one of them being me!).

I had to deal with the comparison game and looking at other people who I felt were FAR more qualified than I was. I had to come to terms with the fact that it was ok to be unqualified! God uses the unqualified all the time throughout history!

It was necessary to go through the inner battle between what God was telling me to do and an enemy telling me it couldn’t be done, not by me anyway. It was for others, not someone like me!

I had to finally face my fear

and choose to believe what God was telling me instead of the lies the enemy told me.

I had to pray my way through trial after trial as the enemy tried time and time again to stop me with distractions and problems and stress.

I had to have that dross and all those impurities removed and go through the Refiner’s fire!

God Uses the Unqualified and I Was Being Shaped and Refined

The Potter and the Clay

God takes us, as Jeremiah 18 says, as the potter takes the clay, and He molds and shapes us, puts us through the fire where we battle our doubts, our fears, the harsh words of critics, the laughter of naysayers, and we come out a beautiful work of art that He can use.

[ctt template=”8″ link=”Ene5d” via=”yes” ]God takes us, as Jeremiah 18 says, as the potter takes the clay, and He puts us through the fire where we battle our doubts, our fears, the harsh words of critics, the laughter of naysayers and we come out a beautiful work of art that He can use[/ctt]

You are a beautiful piece of art formed by the hands of God Himself. And like silver, you are refined! Like clay you are molded in God’s hands and put through the fire to become His masterpiece.

You can do whatever God calls you to do, whether it is to lead a ministry or lead a toddler. Whether you are to teach thousands or teach those in your own home.

You are a gift that God has handcrafted. So never despise the fires you go through because it is the Refiner’s fire that mold you and shape you. Don’t worry about YOUR capabilities but focus on HIS.

“O house of Israel, can I not do with you as this potter has done? declares the Lord. Behold, like the clay in the potter’s hand, so are you in my hand, O house of Israel”  Jeremiah 18:6

Longing to draw closer to God?

If you want to connect with Christ in a fresh way, join the FREE 40-day journey PRAYING THE PROMISES OF THE CROSS and discover:

If you are praying for a breakthrough, if you are going through the Refiner’s fire in your life, this Scripture prayer challenge will help pave the way for God to use it to mold you.

THE COMPARISON TRAP – WHAT DOES THE BIBLE SAY ABOUT COMPARING YOURSELF TO OTHERS?

DO YOU QUESTION YOUR GIFTS AND TALENTS?

FINDING YOUR CALLING FROM GOD – WOMAN OF NOBLE CHARACTER 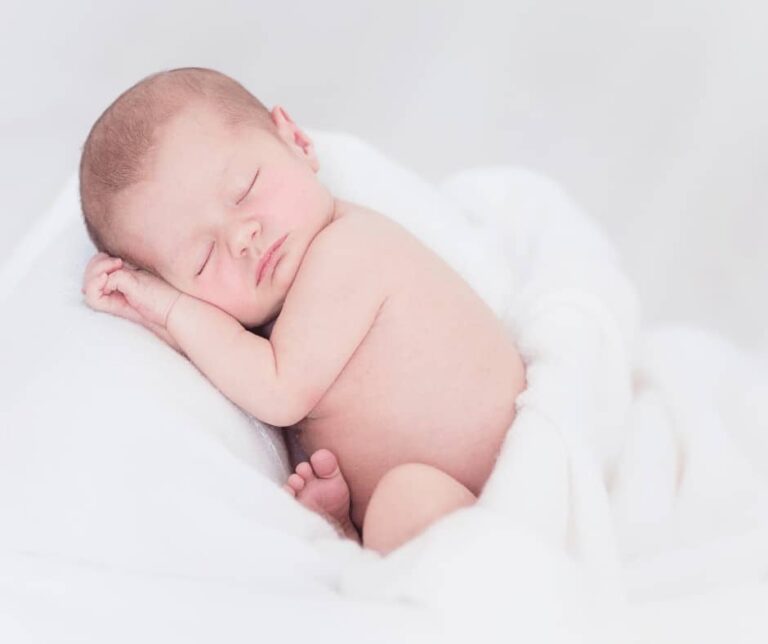