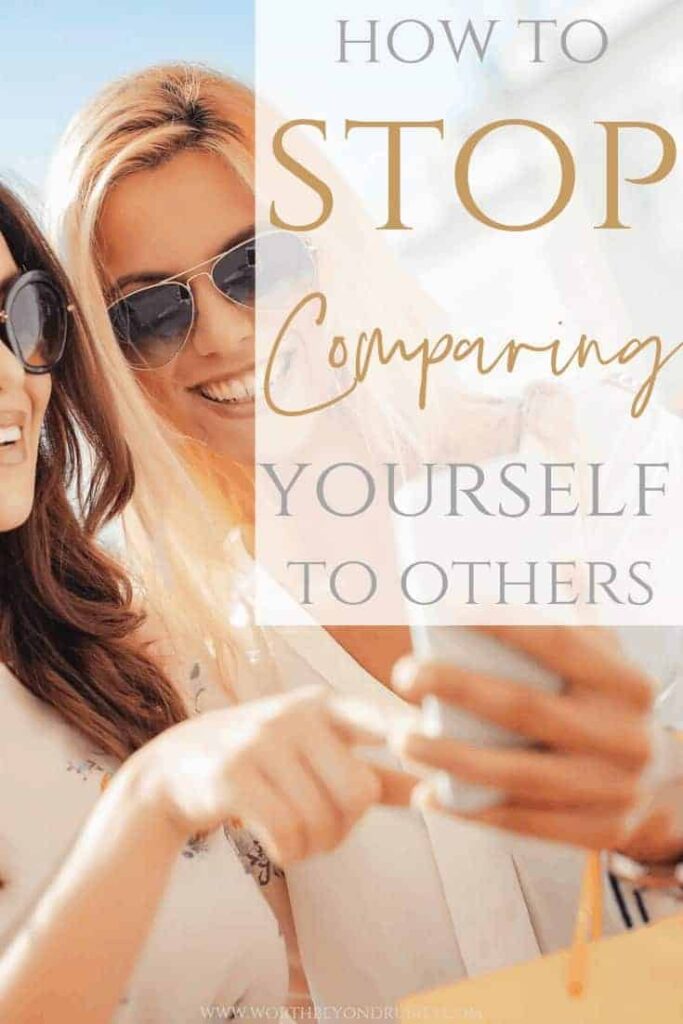 Falling into the comparison trap can begin the second you roll out of bed in the morning and pick up your phone. You log onto social media and are immediately inundated with these pictures of perfection that drag you straight into the comparison trap. You begin to feel as though your life just doesn’t measure up. But, are they really all they seem? What does the Bible say about comparison?

Join me as we look at how comparison is destructive and deceptive as well as how you can stop comparing yourself to others and embrace your God-given identity!

You log onto Facebook and you see images of perfectly groomed children in their new clothes, standing outside a beautiful home, on steps dripping in colorful fall mums and beautiful decor!

They are posing for their first day of school with chalkboard signs, handwritten in flawless penmanship.

Or maybe it’s a picture of a loving couple, frolicking on a beach in the Caribbean or standing outside their new sprawling estate with keys dangling in hand announcing their new home purchase!

You look back at your kids who are still arguing over who gets into the bathroom first, hair all disheveled, clothes not matching and the bus is arriving in 10 minutes.

You’ll not only be happy just to get a “first day of school” photo, but to take one that won’t look like they were raised by wolves!

You haven’t had a vacation in years and you just called the plumber for the third time in the past six months and you feel like your house is falling apart!

You consider, just for a moment, photoshopping your family’s faces onto an image you find on Pixabay!

How can their life be so perfect while yours seems to be a mess?

The Comparison Trap – It is Not Reality

The truth is, their life ISN’T perfect!

In fact, they may be watching other people feeling that they themselves come up short!

Sometimes people create these perfectly staged “Instagram moments”, filtered and cropped, to present what they WANT life to be like, not always what it really is.

What you see on social media does not always depict what is real! In some cases it is, but oftentimes people put their best staged foot forward online.

Social media has allowed us all to have our own mini reality shows that aren’t reality at all!

We can all star in our own show and depict any life we want the world to see. And in the process, it is causing people to feel they are lacking something, whether it be in their marriage, their home, their career, their parenting.

It is causing us as women to fall into that well-crafted comparison trap and to look at images of perfect women on social media and feel we cannot measure up and the truth is we likely can’t because even THEY don’t measure up!

Images are filtered, cropped and smoothed out to the point it doesn’t even resemble reality anymore!

It is damaging! It causes envy, covetousness and can erode our own lives as we begin to lose gratitude and contentment!

So, let’s look closer at what comparison does and how do you stop comparing yourself to others?

Social media is like our own mini reality show and we can depict any life we want the world to see. In the process, it causes people to feel they are lacking something. Click To Tweet

When we are trying to be LIKE someone else, we are not moving forward in the area God wants US to be moving in. We cannot move forward with God's plan for our life if we are too busy watching other people's lives and ministries on Facebook.

You all of a sudden are no longer happy with what you have! We are trying to create that magazine life where we recreate a "look".

Many of us have rooms that were "inspired" by maybe Chip and Joanna Gaines...but we cannot recreate a life in the same way we recreate a room.

We cannot create a ministry in the same way we recreate an outfit we see on a fashion blog. We need to be thankful for the blessings God has given us.

The same way you are comparing yourself to someone on social media, someone is praying for what YOU have.

Comparison implies in some way that God cheated you out of something someone else has. This was exactly what bred a murderous jealousy in Cain.

We begin to find our confidence in other people's approval rather than finding it in God. God created us all for a distinct purpose.

When we have confidence in our God-given purpose we don't feel the need to compare ourselves to others.

Once the enemy makes us take a glance at what someone else has he can make us question what WE have.

It makes us despise our blessings. Esau despised his birthright because Jacob had something he wanted and he gave up his blessing for momentary satisfaction.

Comparing our marriage to someone else's, for example, can breed contempt for our spouse and can lead to sinful rebellion (or infidelity).

Comparing Yourself to Others – Despising the Blessings

God is the author of our lives.

Those “perfect kids” were probably screaming at each other ten minutes before!

That perfect marriage you see depicted on Instagram may be full of surface level perfection but deep down no one is talking to each other.

Teddy Roosevelt said “Comparison is the thief of joy”.

He was right in many ways. When we compare ourselves to others, it makes us feel like we are lacking something in ourselves.

Many times people fall into this dangerous comparison trap and feel the need to create the image of a perfect life on social media because they feel they lack something in real life!

So they create images of the things they may lack so the world doesn’t see their pain.

It robs them of peace and joy because they are focused on being like others rather than who God created them to be. They are comparing themselves and their lives to man and not to God’s standards.

Comparing ourselves to others is in essence saying we are not grateful for who God made us to be and the blessings and gifts He has bestowed on us.

Comparing ourselves to others is in essence saying we are not grateful for who God made us to be and the blessings and gifts He has bestowed on us. Click To Tweet

What Does The Bible Say About Comparison?

The Bible is full of people who lived their lives in the comparison trap. So what does the Bible say about comparison?

Comparison in the Bible – Jacob and Esau

Esau and Jacob, as mentioned earlier!

Not only did Esau want Jacob’s stew enough that he was willing to give up his birthright for it, but Jacob wanted his father’s blessing that was reserved for Esau enough to take it!

Comparison in the Bible – Cain and Abel

Genesis 4:2-8 tells us about the two sons of Adam and Eve:

Cain killed his brother out of a jealousy that came from comparison.

He didn’t look at what God wanted from him. He only looked at the fact that his brother was acceptable and he was not.

Rather than fix the issues that he had with sinfulness, he chose instead to eliminate his “competition”.

Comparison in the Bible – Joseph and His Brothers

In one of the most well-known Bible stories, Joseph was the favorite son of his father Jacob because his mother was the love of Jacob’s life!

Joseph was not only his father’s favorite, which I am sure was plenty enough to get his brother’s riled up, but our friend Joseph also had dreams of superiority that he all too willingly shared with them!

His dreams seemed to indicate he would be in a position above them.

They compared themselves to Joseph and already felt they came up short in their father’s love! After all, their father gave Joseph the famous multi-colored coat!

So they had to live with seeing him in this coat that just screamed “I’m Dad’s favorite” to them…and then these dreams he had!! Oy vey Joseph!

So they decide to get rid of Joseph and consider killing him, but soon give in to greed and sell him as a slave instead.

We know the rest of the story! Joseph excels, moves up in the world and soon becomes second to Pharaoh and saves the Egyptians (and his brothers) from famine!

God saved Joseph who was clearly the victim of jealousy and the comparison trap (although much of it was self-inflicted).

How to Stop Comparing Yourself to Others

So we know about the damage comparison can do to us as believers, but how do you stop comparing yourself to others and keep yourself out of the comparison trap?

What Does the Bible Say About Comparison? – You are Chosen For This Place

You are a beautiful daughter of the King and as such He has chosen you for a purpose and plan and where you are right now is a step on that path!

It’s important to remember, you were not chosen for someone else’s journey! You were chosen for yours! Falling into the comparison trap can leave you feeling less than enough!

So stop comparing yourself to others!!

You are uniquely designed by your creator as you are and not like anyone else.

He has a very specific purpose for you in whatever situation you are in! You are not meant to have a life, a ministry, a marriage, a family, a business or anything else that is a carbon copy (remember those??) of someone else’s!

Choose to embrace the beauty in who He made you to be and ask Him to direct your steps and give you guidance if you feel lost along the way.

Truly, comparison IS the thief of joy! You can stop comparing yourself to others when you know who you are in Messiah Yeshua!

What are some ways you have struggled with comparison and how you stop comparing yourself to others? Have you found ways to stop the comparison trap? Share in the comments!

And be sure to get your FREE 7 Day Devotional on the 7 Sayings of Yeshua from the Cross below as my gift to you! 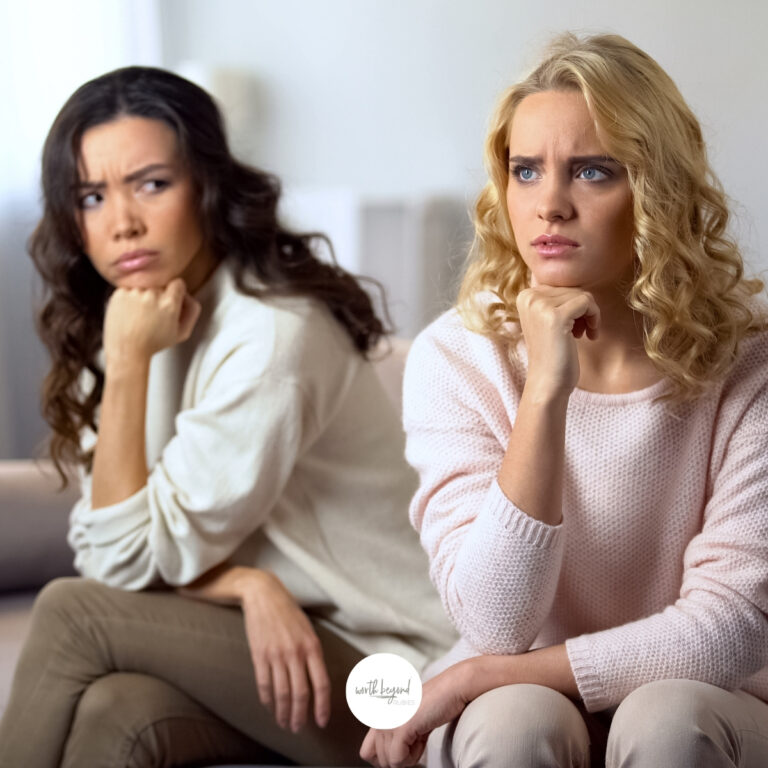 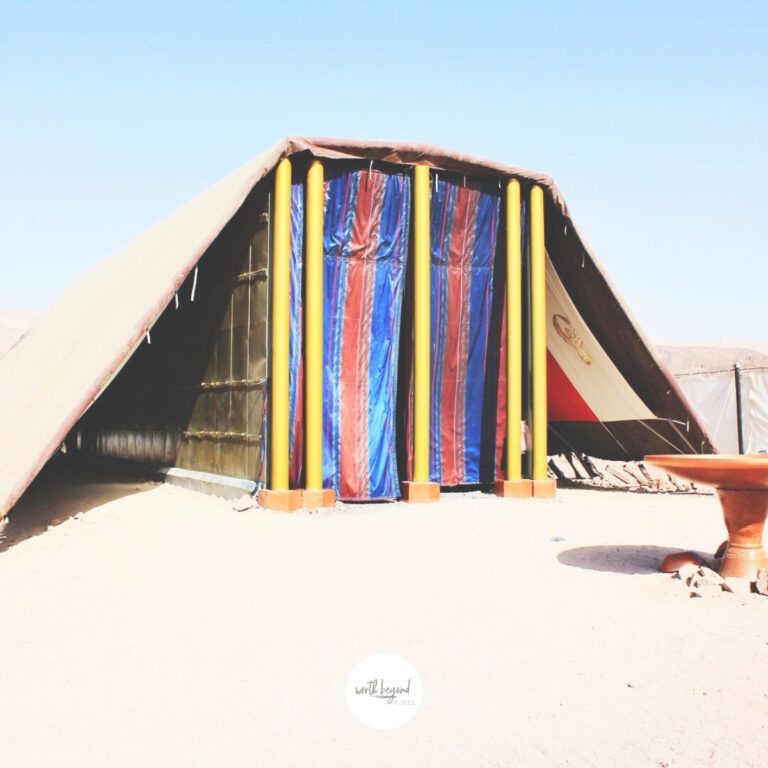 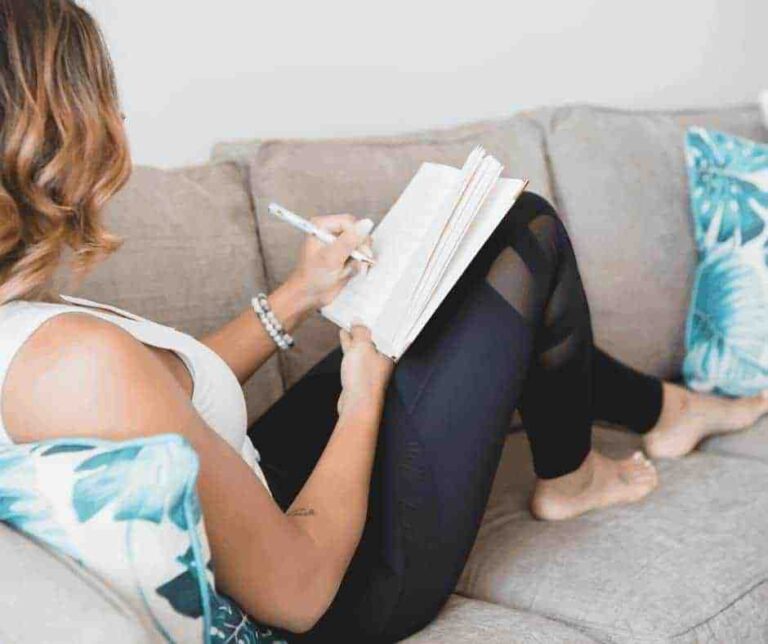 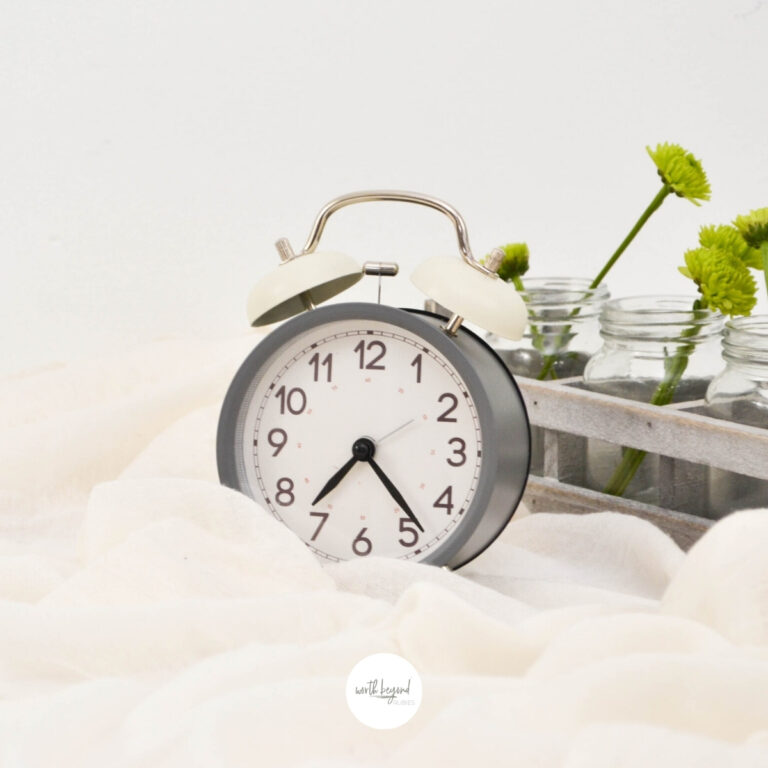 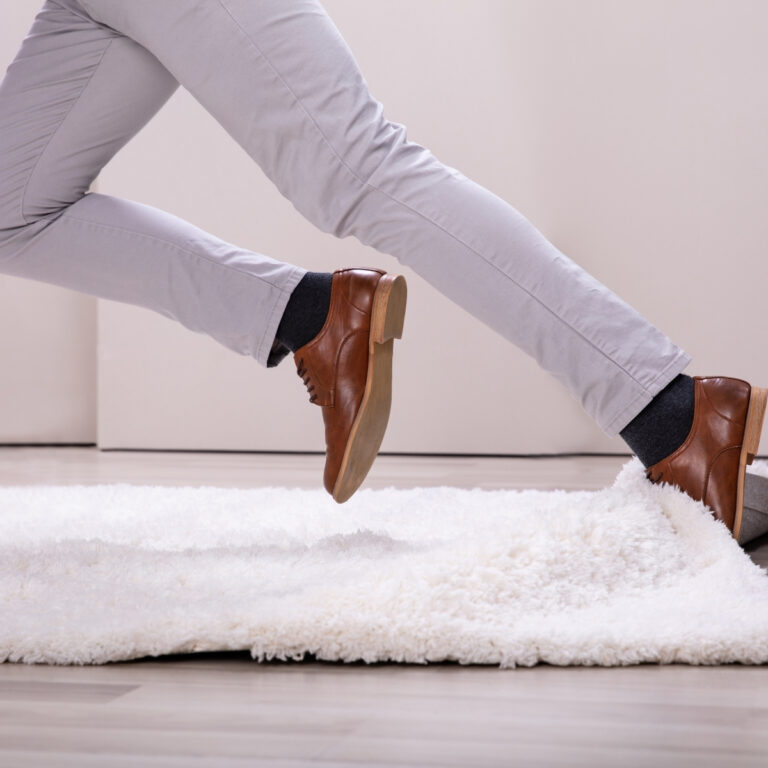