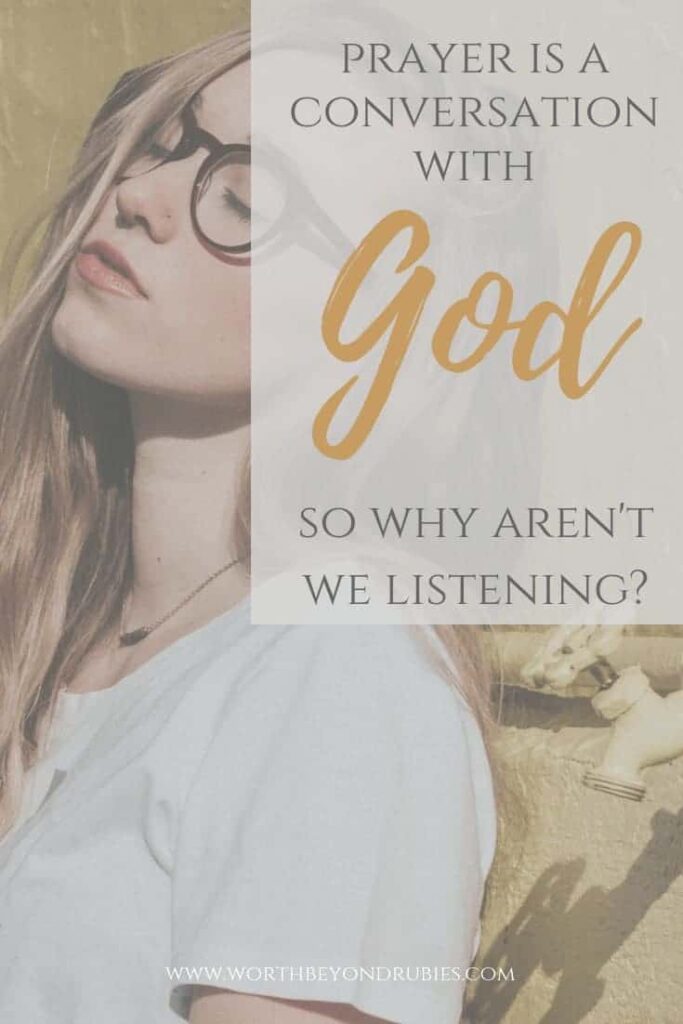 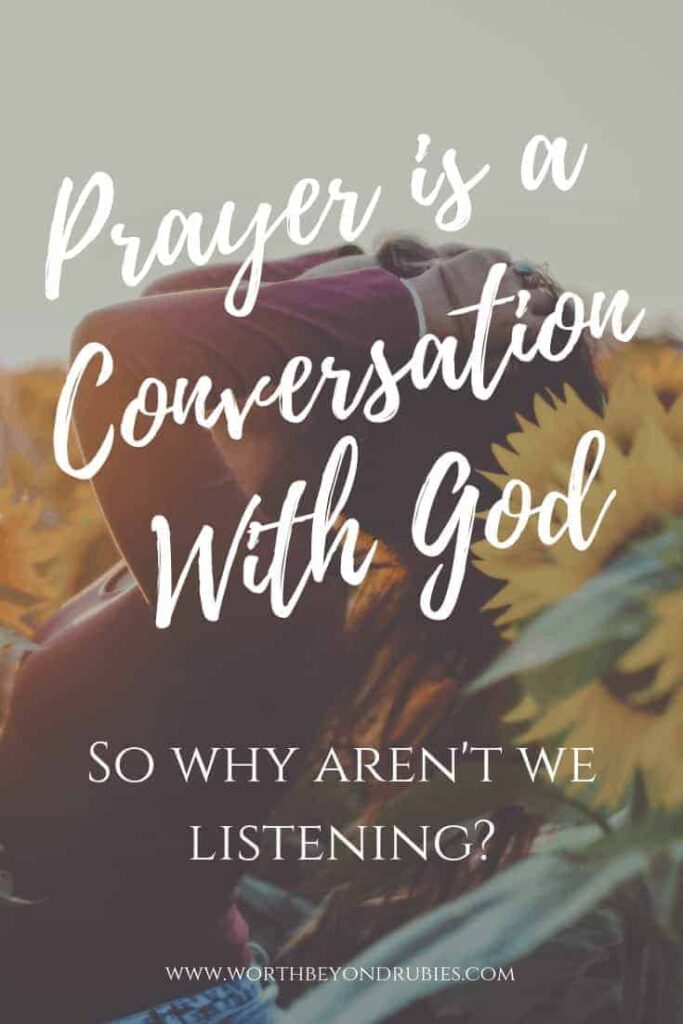 Often we see prayer as a time we go before God to give Him praise and thanks, ask forgiveness, and ask for His blessings and help in times of need, as well as making intercession for others. We speak AT God! But prayer is being in conversation WITH God. It is entering into the presence of the Lord. So why aren’t we listening at times? Learn how to ensure you are being a good partner in this conversation!

Conversation is defined as an exchange of information, news, ideas. An exchange, by definition, is the giving of one thing and receiving of another.

Prayer is supposed to be a time we come before God and engage in an exchange. We give Him our adoration, confession, thanks and supplication, but then we are to listen to hear what He has to speak to us in return.

The Lord spoke to Moses from the Mercy Seat, as He did with the High Priest who would enter into the Holy of Holies once a year on Yom Kippur, the Day of Atonement.

Prayer is supposed to be a time we come before God and engage in an exchange. We give Him our praise, confession, thanks and supplication, but then we are to listen to hear what He has to speak to us in return. Click To Tweet

The Hebrew word for prayer used in the Old Testament is ‘tefillah’  and it signifies a union with God. It embodies worship, intercession and supplication but it also embodies communion. God not only listens to our prayers, but responds.

The verse above in Numbers indicates that God not only LISTENED to Moses, He SPOKE to Him from the Mercy Seat.

Prayer is Being in Conversation With God – So Why Aren’t We Listening Too?

Think about what a conversation with your spouse or your friend would be like if they just sat and talked to you for 30 minutes, poured out their heart to you, asked for help and guidance in a situation and then got up and walked away without allowing you to respond.

Maybe you had something significant to say to them that would help them, but they didn’t stop to hear what you had to say.

Yet many times, we do that very thing with God. I know I am guilty of that at times myself. I am not very good at being “still”.

We often make prayer like a fast food drive thru where we give our “order” and then go on our way hoping to HAVE it our way!

God doesn’t just want us to talk AT Him, He wants us to come before the Mercy Seat and speak WITH Him. Prayer is being IN conversation with God. We have an unbelievable privilege of speaking with the King of the Universe and hearing what He has to say.

But we often don’t listen.

We often make prayer like a fast food drive thru where we give our "order" and then go on our way hoping to HAVE it our way! Click To Tweet

Being in Conversation with God Beyond the Veil of the Temple

The veil of the Temple once separated the Holy Place from the Holy of Holies and separated man from God.

When Jesus died on Calvary, the Bible says in Matthew 27:51:

When Jesus uttered the words “It is Finished“, in the Greek it is “tetelestai“, that veil that kept man from having direct access to God, that veil that required a mediator to pass through on our behalf, that veil that sin kept between us, was torn.

When Jesus uttered the words "It is Finished", in the Greek tetelestai, the veil that kept man from having direct access to God, the veil that required a mediator to pass through on our behalf, that veil that sin kept between us,… Click To Tweet

It was not only torn in two but it was torn in two from top to bottom. This veil, according to the specifications of Solomon’s Temple, was likely 30 feet high and about 4″ thick!

Often when we hear the word “veil” we think of something very thin and somewhat transparent. That was not the case here.

This was not something that could not be ripped with human hands, let alone from top to bottom.

God made sure that it was undeniably Him who tore the veil in two. He made sure it was known that Jesus’ sacrificial death on the cross brought with it a redemption of mankind that now no longer separated us from God.

We now have access to approach the Mercy Seat directly and converse with God the way the High Priest only could once a year.

And yet we sometimes run in and out of the Holy of Holies with a quick petition and don’t engage in conversation.

But to give you something of an idea of the veil that was in the Mishkan or the Tabernacle in the Wilderness, there is this amazing video by Sarah Liberman which is filmed at the exact replica of the Mishkan in Israel.

Being in Conversation With God – Be Still and Know

The King James says “Cease striving and know that I am God” because the original Hebrew says “Raphah”, which means “refrain, to be quiet, to let go” and “yada'” which means “to know, to be made known or become known.”

In other words, stop trying to make it always about you! Be quiet! Sit and hear what I have to say to YOU! Loosely translated into today’s language….It’s not all about you Boo!

Be still…be quiet! Stop feeling the need to just talk, and know HIM and what HE has to say about your situation, your marriage, your health, your job! Be STILL and LISTEN!

IN Conversation With God – Seek Fellowship

We need to humble ourselves and go before Him and tell Him we don’t know WHAT to do about our situations but we are willing to just sit before Him in silence if need be and just wait for Him to speak into our lives.

We need to drop the flowery prayer and just tell it like it is! And we need to say sometimes “God, I really don’t know WHAT to say but I am just going to sit here before you right where I am and hear what you have to speak to me.”

The important thing is He knows you are not just talking AT Him and you are open to receiving what He has to say.

Prayer is being in conversation with God; it’s not a monologue. Seek fellowship with Him and He will give that fellowship to you!

Enter into His presence beyond the veil that He tore for you and fellowship with Him! 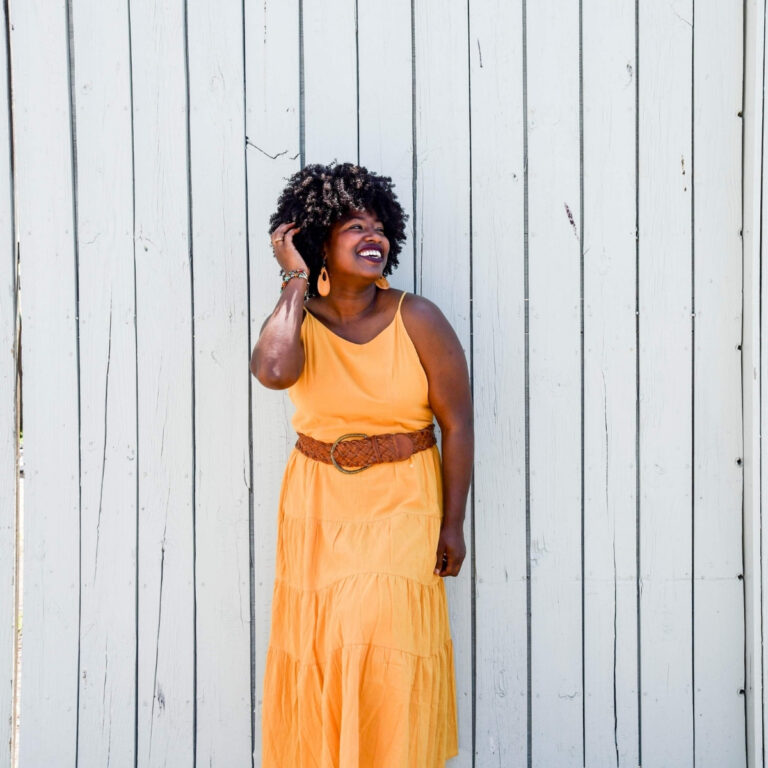 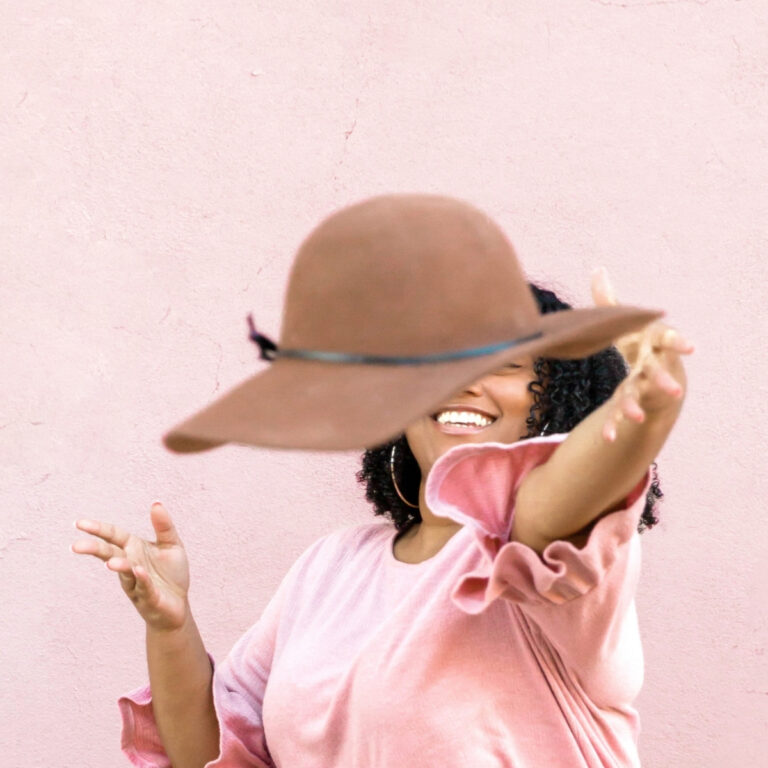 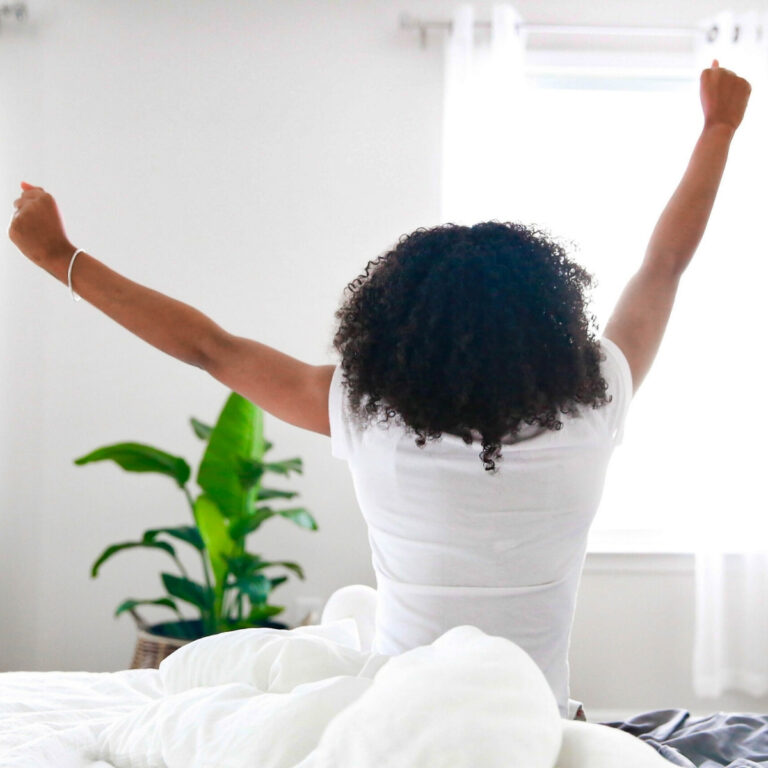 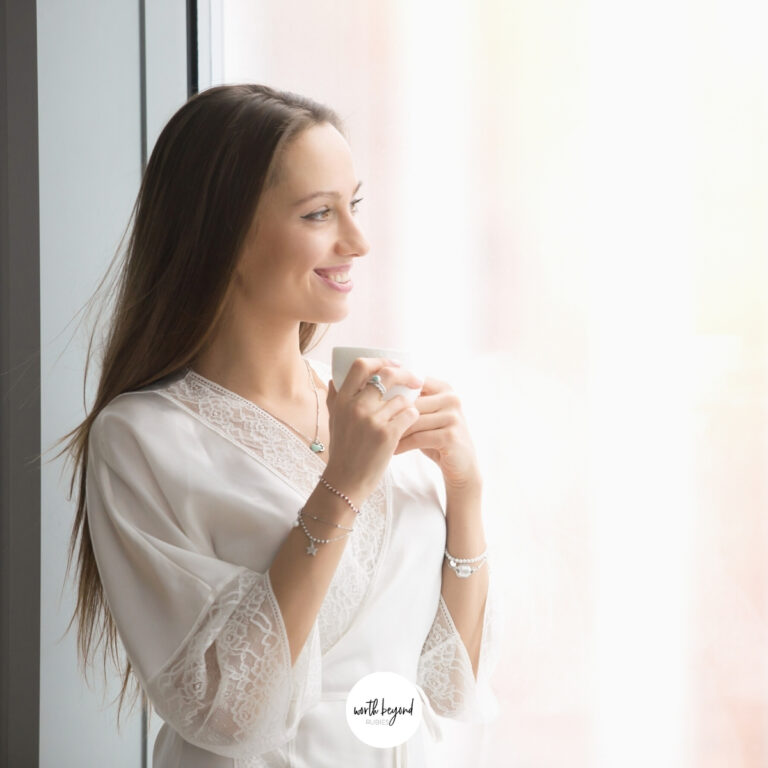 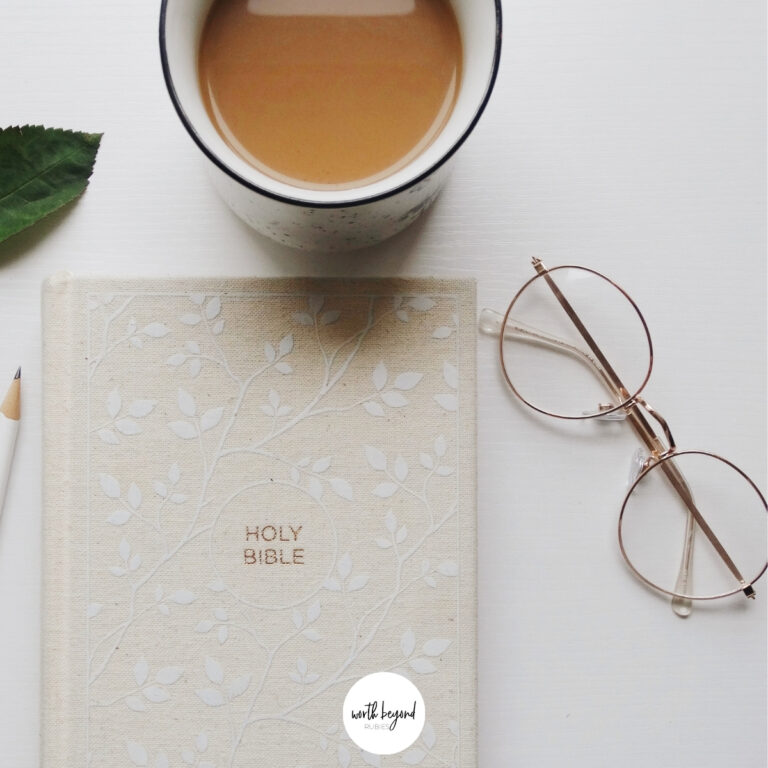 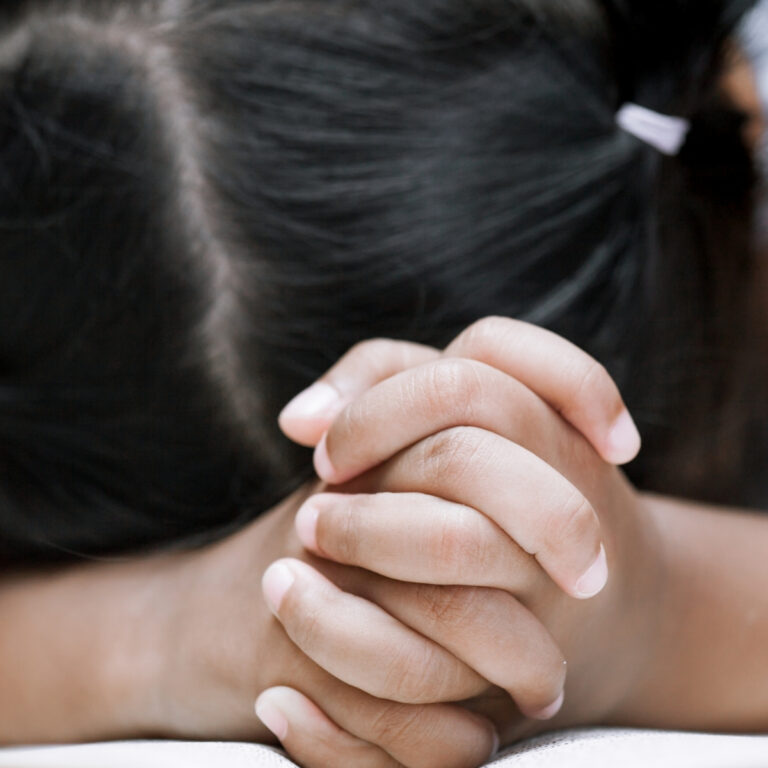