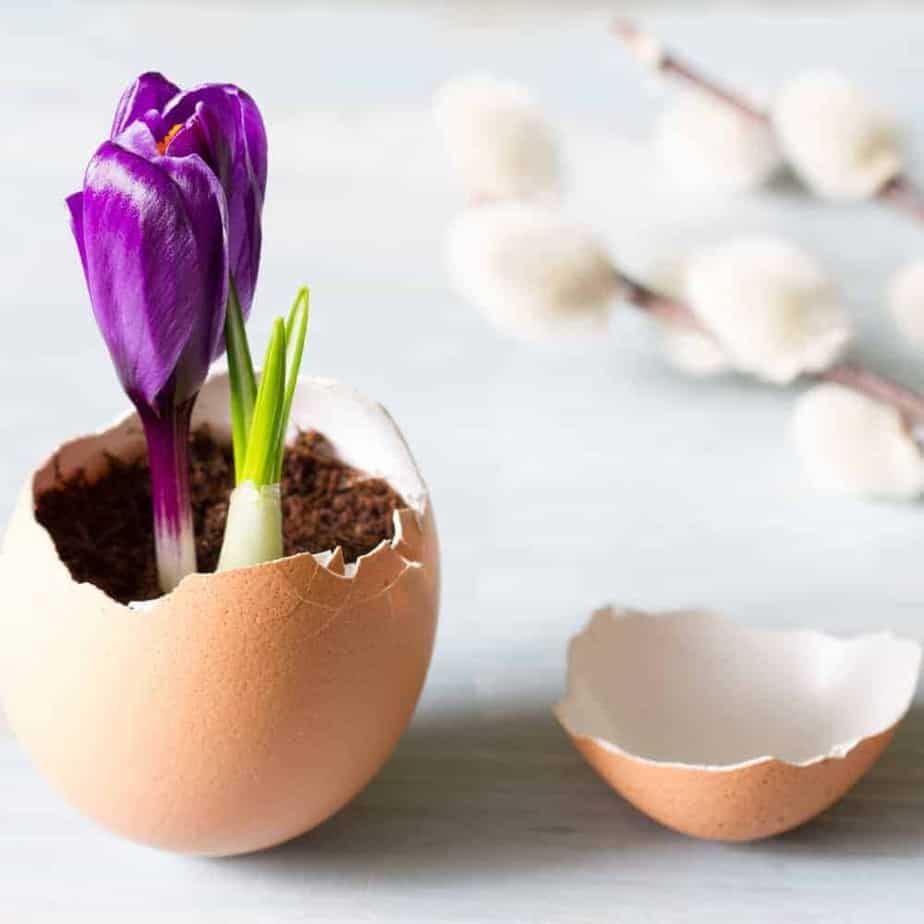 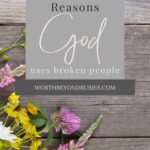 Have you ever felt YOU were too broken, weak and flawed for God to use? Do you want to serve God but wonder if you’re just too much of a mess for Him to want to make use of? God uses broken people! He uses the weak and chooses throughout scripture to use flawed people to achieve great things and I will share why!

God Uses the Weak – But Can God Use Even Me?

When I first started blogging I, like others, fell into the trap of comparing myself to other people. I think we all do that at one time or another, whether you’re a blogger or not.   And I would see all these wonderful posts and see how these bloggers SEEMED to have this deep walk with God and here I was feeling like a mess.

I felt like they must all lead these wonderful, God-filled lives of perfection, with perfect marriages, perfect kids, perfect friends, with cloud floating and harp playing and I was just down here just trying to figure myself out.

It made me wonder, how is God going to use me when I have all these issues in my life, not just prior to being saved but after. I would ask “Who am I to write and give other people encouragement or advice when I have made so many mistakes in my life and so many times that I have sinned.

So many times I felt I disappointed God?”  I felt like I was somehow the only one that was messed up and didn’t have my act together!

Yes God uses the weak. God uses broken people. He has throughout history, but surely He didn’t mean me!

God Uses the Weak and Broken and He Handpicked You!

It was during prayer and Bible study that God showed me something very important.  It was as if He spoke right to me and said: “It is BECAUSE of the mistakes that I use you, not in spite of them!”

God uses the weak and God uses broken people! God chose YOU, because it’s that weakness and brokenness and those mistakes that give you a voice to reach those people who maybe feel like they don’t measure up.

You see, in the Bible, God did not choose people who were perfect!

He didn’t choose the righteous and religious elite of Jesus’ day to be His disciples. Far from it!

No, all throughout the Bible, God uses broken vessels, weak people; the imperfect, the flawed, the “messed up”.

Let’s face it, most of His disciples could have been residents on the Island of the Misfit Toys! No one is too broken for God. God is able to take those broken pieces of our lives and put them into the refining fire and mold us into what HE knows we CAN be.

When you are tempted to ask “Lord, am I broken, am I flawed too much for you?” just remember, He chose a brash, big-mouthed fisherman (who reminds me a lot of myself being that opinionated New Yorker I am), He chose a king who committed adultery with Bathsheba and then had her husband killed to cover up his sin, He chose a Hebrew with a supposed speech impediment, He chose a prostitute, He chose a persecutor of believers, He chose a tax collector…and on and on.   And why does God use flawed people?

Why God Uses the Weak, Broken and Flawed People of the World

God Uses Broken People and Yes, God WILL Use You!

In other words, if God calls you to something you can trust Him to equip you for it. You don’t need to rely on your own talents, skills, abilities. God will equip you for it!

God doesn’t need us to be capable, He just needs us to be available!

God chooses broken vessels and puts them back together and makes them usable. He gives us the grace we need to accomplish His will.

God Uses Broken People – So No One May Boast

God chooses broken vessels and puts them back together and makes them usable.

All you have to do is make yourself available, not capable. God uses the broken and flawed and that’s good because we all are in one way or another!

God chooses the broken and God uses the broken!   And it is in our weakness that, through Him, we are made strong!

“For Messiah’s sake, then, I delight in weaknesses, in insults, in distresses, in persecutions, in calamities. For when I am weak, then I am strong.” TLV

The Israelites were under constant torment by the Medianites and the Amalekites. The Bible tells us they “ravaged the land” and left them nothing! They had no sustenance! Their sheep and cattle were taken.

They needed to get right in their relationship with God. Israel had gone through yet another cycle of obedience followed by turning away.

He sent His angel (it is believed to be Jesus since it mentions it is THE Angel of the Lord) and He calls to Gideon and says in Judges 6:12

“Then the angel of Adonai appeared to him and said to him, “Adonai is with you, O mighty man of valor..” TLV

Mighty man of valor! He is calling him a warrior? Oh Gideon was anything but! But the Bible says in Romans 4:17:

“…who gives life to the dead and calls into existence that which does not exist.” TLV

He said to her, “Please give me a little water to drink, for I am thirsty.” So she opened a skin of milk and made him drink some, and covered him. Then he said to her, “Stand at the entrance of the tent, and if anyone comes and asks you saying, ‘Is there a man here?’ then you will say, ‘There’s no one.’”

Then Yael, Heber’s wife, took a tent pin and got a hammer in her hand, approached him stealthily and drove the pin into his temple until it pierced through into the ground—for he was exhausted and in a deep sleep. So he died. TLV