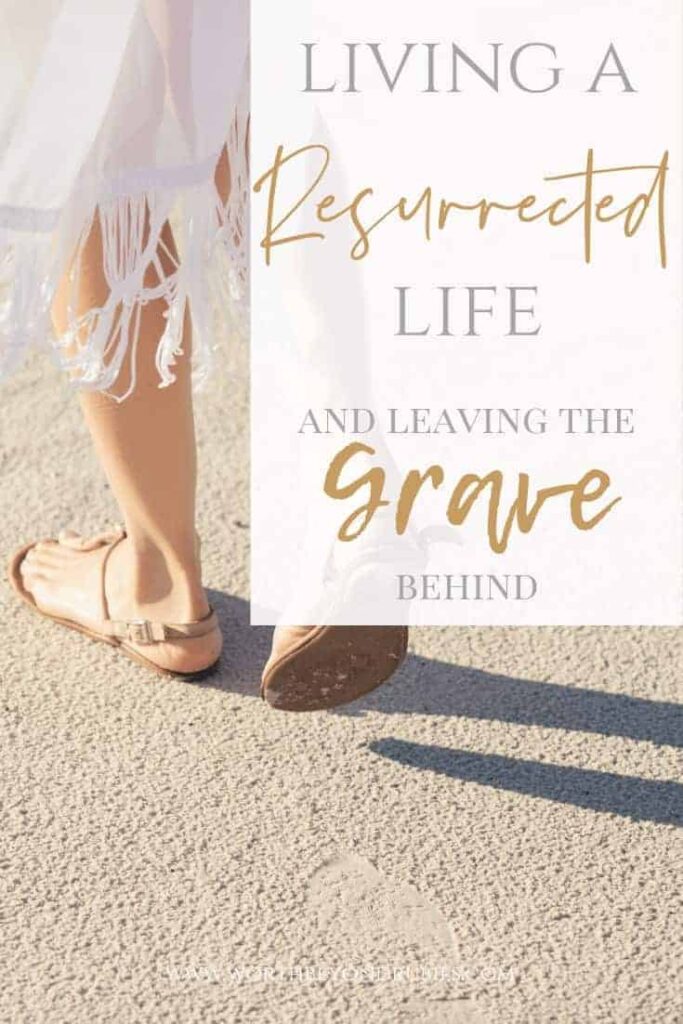 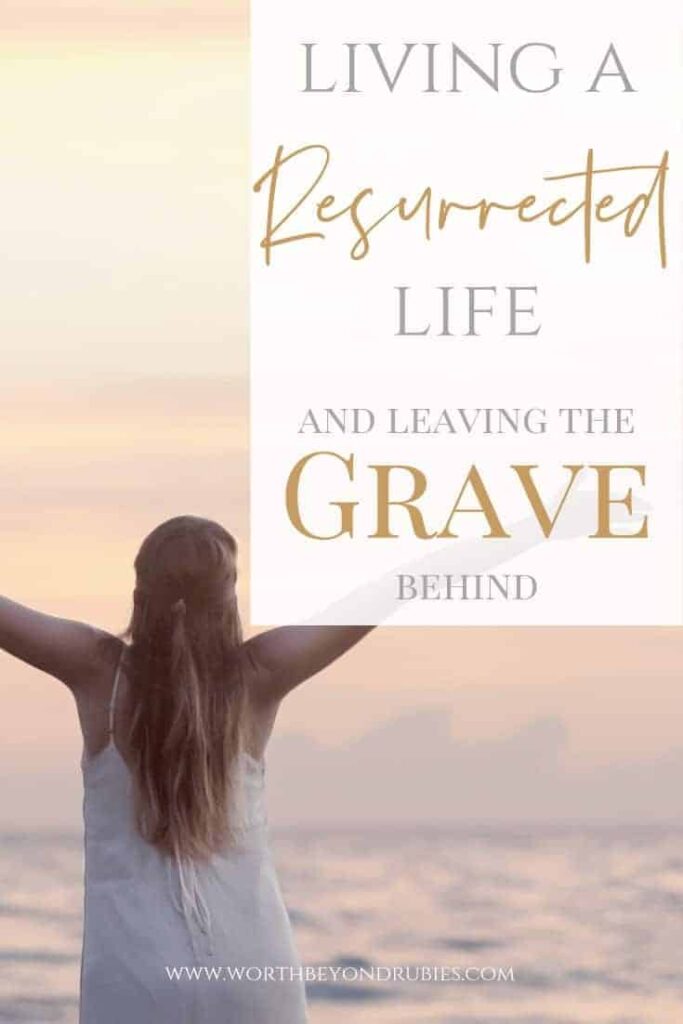 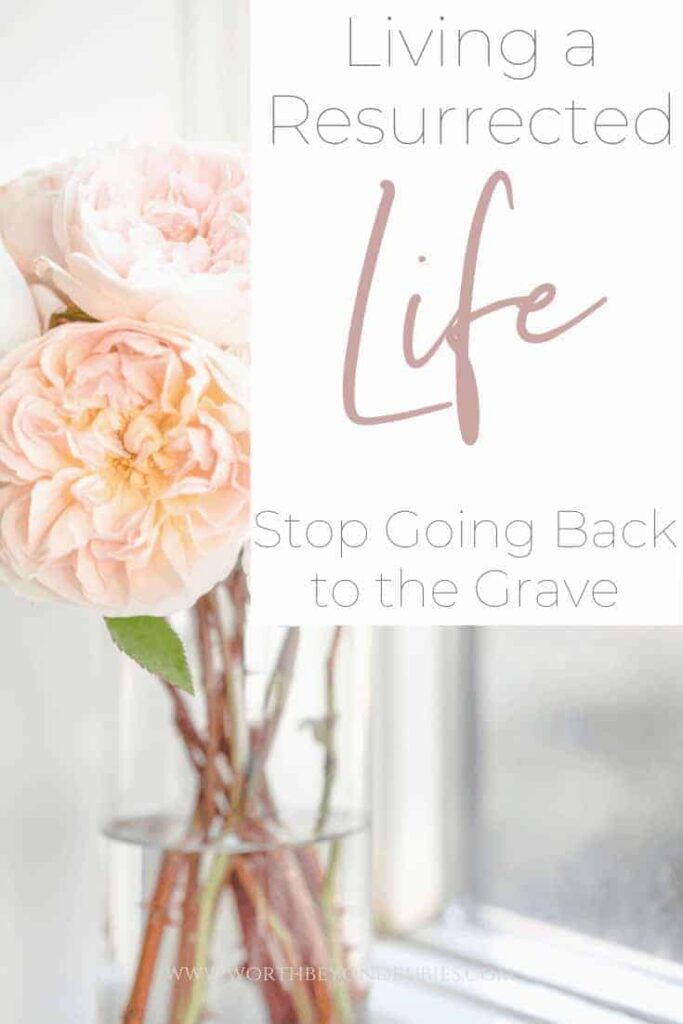 Are you living a resurrected life? Are there things you left behind in that grave Jesus called you out of that you keep running back to?

Jesus is calling you, like Lazarus, to come out of that grave and leave it behind you…far behind you! He wants you to take off those grave clothes and be clothed in Messiah!
Are you living a life of freedom and victory or is the enemy beckoning you back to the dead things in your life?

Pruning What is Dead

I recently started gardening. I do NOT have a green thumb by any means and I cannot tell a good plant from a weed. I did grow up in New York so I never learned how to garden. But now that we have purchased our new home with plenty of land, I decided to learn.

After the season was over, I started to prune away some of the dead growth so that new growth could take place.

I pruned more away and yet nothing.

I came to find out that the plants that were on the property were annuals have a life cycle of one year.

Ok I have to tell you, I felt pretty stupid! I knew there were flowers and plants that only grew once but I didn’t think about vegetables.

I learned a valuable lesson. If I want recurrent growth I need to plant perennials.

I was trying to prune away something that was dead.

How many times do we try to keep bringing things back to life that the Lord has deadened in our lives? How often are we trying to prune those things He is telling us we are done with?

We keep working at it and trying to make it grow but He is telling us that it is part of the past and no longer has a place in our lives.

Are you pruning dead things? Are you nurturing what HaShem (HaShem means ‘The Name’ and is a term for God used in Judaism and by Messianic Jews like me) has laid waste to in your life in Him?

Is He asking you to focus on new life? Is He trying to move you away from the past and the things we used to place value in and move toward His promises?

Are you leaving the dead things in the grave? Are you living a resurrected life or living trying to run back to what is dead?

Living a resurrected life began for me when Yeshua (Jesus’ Name in Hebrew) called me out of my “grave” back in 1996. Actually He had been calling me out since I was a young child but I finally took those steps out of the tomb in 1996 when I gave my life to Him!

At that moment, I left the grave behind me. I took off my grave clothes, was baptized and put on Yeshua my Messiah! I was a new creation!

Are you living a resurrected life? Are there things you left behind in that grave Yeshua called you out of that you keep running back to? Click To Tweet

You are a new creation! The old is gone! It has passed away! The past is dead and buried! It is no longer you who live but Mashiach (Messiah) lives in you! You are on your way to living a resurrected life!

You left your old self in the grave and the life that you now live in the flesh is new! We are now living a life of freedom from sin and death!

You left your old self in the grave and the life that you now live in the flesh is new! Click To Tweet

Living a Resurrected Life – The Old Has Passed Away

The ESV and even the KJV says the old has “passed away”.

The Greek word for “passed away” is parerchomai, and it means, according to Strong’s Concordance

To pass away or perish

But another meaning I find interesting is:

To go past, pass by of persons moving forward

I find it interesting that this word in the Greek means both to pass away and to pass by of persons moving forward.

It, combined, can be an act of moving forward past what has passed away!

Returning to the Tomb

As I mentioned early, I was saved in 1996 and even now sometimes I keep running back into that grave, into that tomb Messiah called me from.

Living a resurrected life and a life of freedom doesn’t mean living a perfect life! Our old man or woman may be buried but they have a resurrection every now and then and our flesh gets in the way and beckons us back to that old musty grave; to the old habits and old way of living.

He Keeps Calling Us Back Out!

Lazarus was in the grave for 4 days and his sister was worried about the stench! Martha told Yeshua in John 11:39

We may return to the grave at times but Yeshua called you out of it and He will continue to call us out! You are alive in Messiah! He can forgive us for our mess ups, our mistakes, our failures, our sins and restore us to righteousness and a life of freedom from condemnation!

There is nothing too big for Him to handle!

Leaving a resurrected life means you keep moving forward in your walk with Messiah and don’t look back at that tomb you left behind you!

Rely on God and He will get you through any trial or trouble!

If we keep relying on those old habits, those old relationships, those old ways we will keep moving back into that grave.

The devil wants you to lean on those old habits instead of on the one true living God.

Don’t listen to the enemy because he is liar.

Living a Resurrected Life -Crushing the Head of the Serpent

One of my favorite scenes in the movie The Passion of the Christ is in the beginning of the film, where Jesus crushes the head of the serpent.

The serpent was there from the beginning. Eve had a life of ultimate freedom. She had paradise and HaShem’s presence surrounding her and, instead of listening to the Lord and the ONE thing He told them not to do, she spoke to what she should have been stepping on!

Many times, the enemy starts calling HaShem’s blessings into question in our lives. He often tries to convince us that we were better off in our old way of life whenever we start to experience difficulties. The enemy whispers in our ear that He surely must not care about us if He lets us go through these troubles!

Eve allowed that conversation to continue! She allowed his lies to get into her heart and in an instant gave up her blessing.

Don’t speak to the things you need to be stepping on!

Step on it! Don’t allow him to call you backwards! Ignore the lies and stomp on that serpent and keep moving forward in Mashiach, living a life of freedom!

Glorious Day – I Ran Out of That Grave

One of my favorite songs is about living a resurrected life. It is Glorious Day by Passion featuring Kristian Stanfill. I thought of this song as I was writing this post so I wanted to share it with all of you!

See the video below! 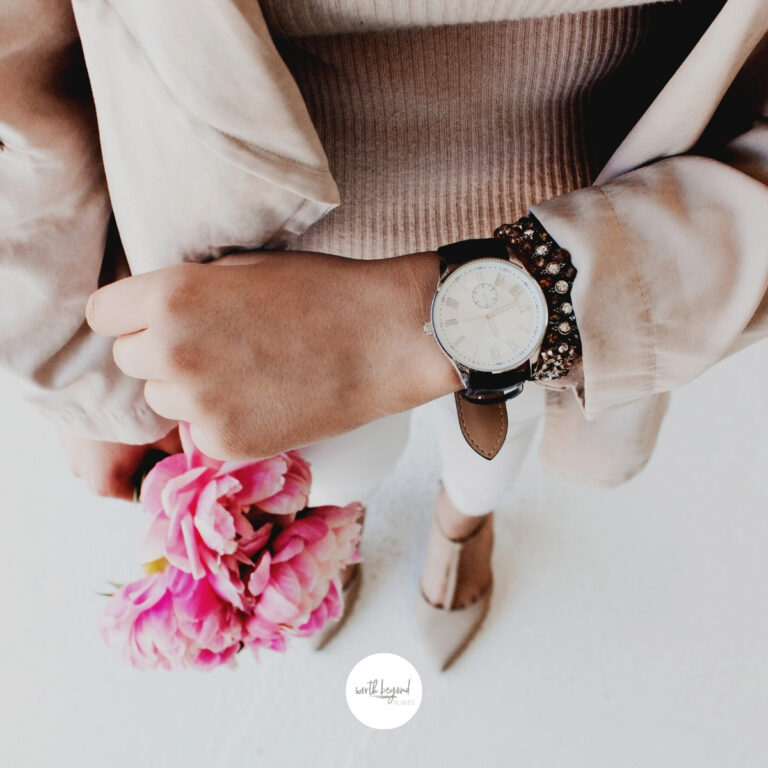 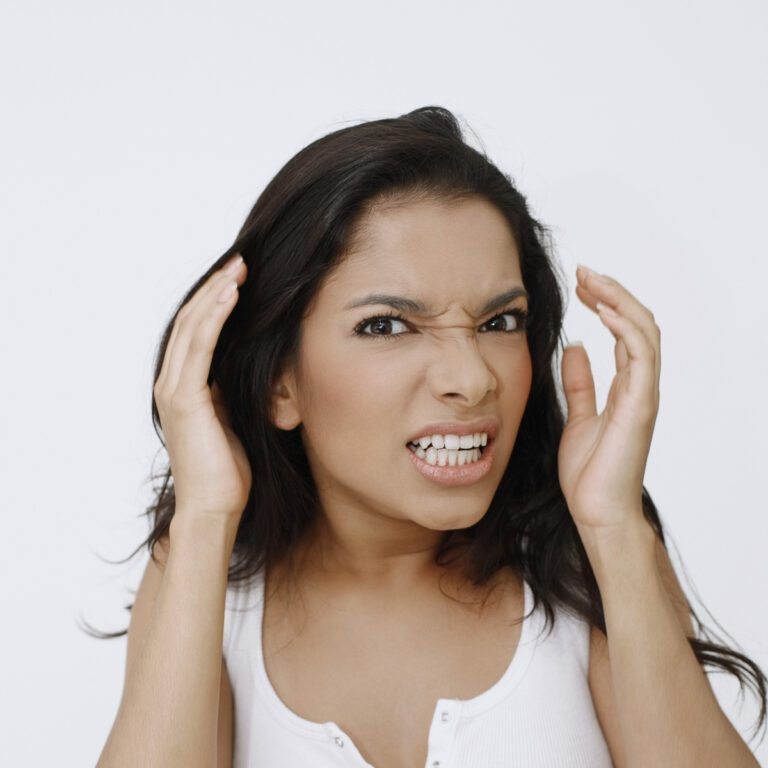 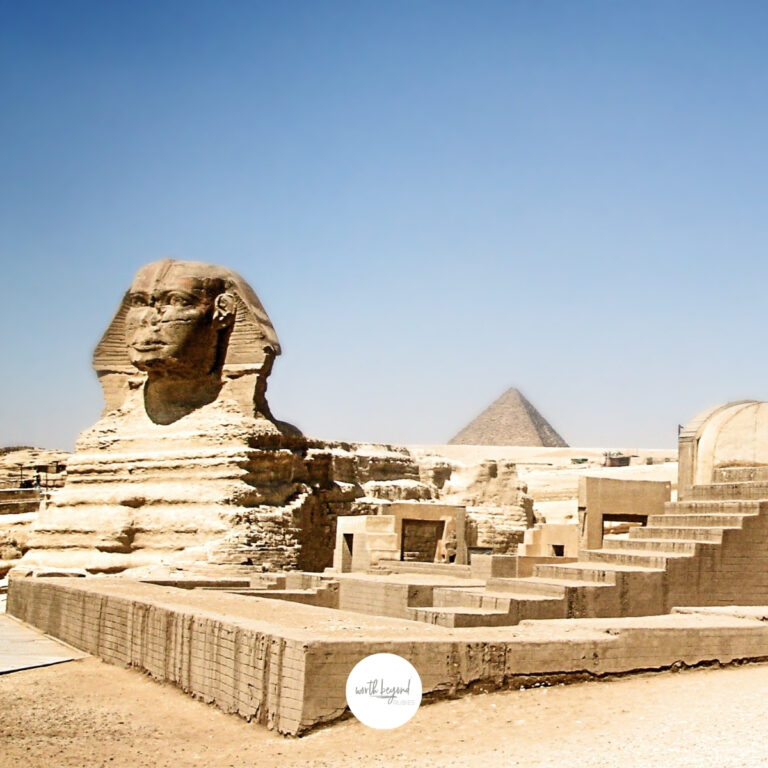 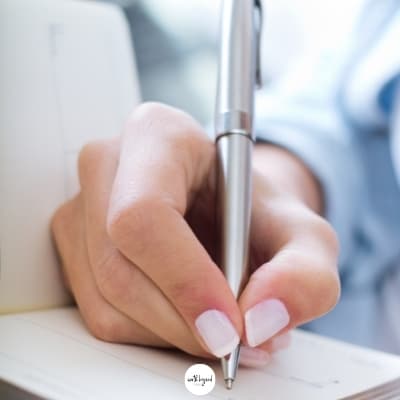 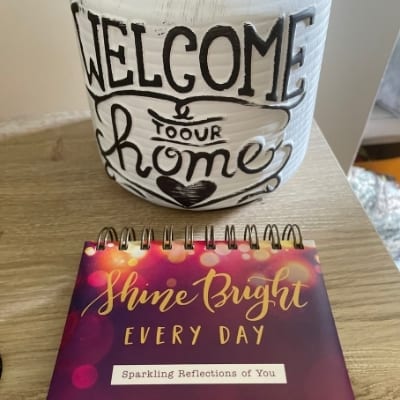 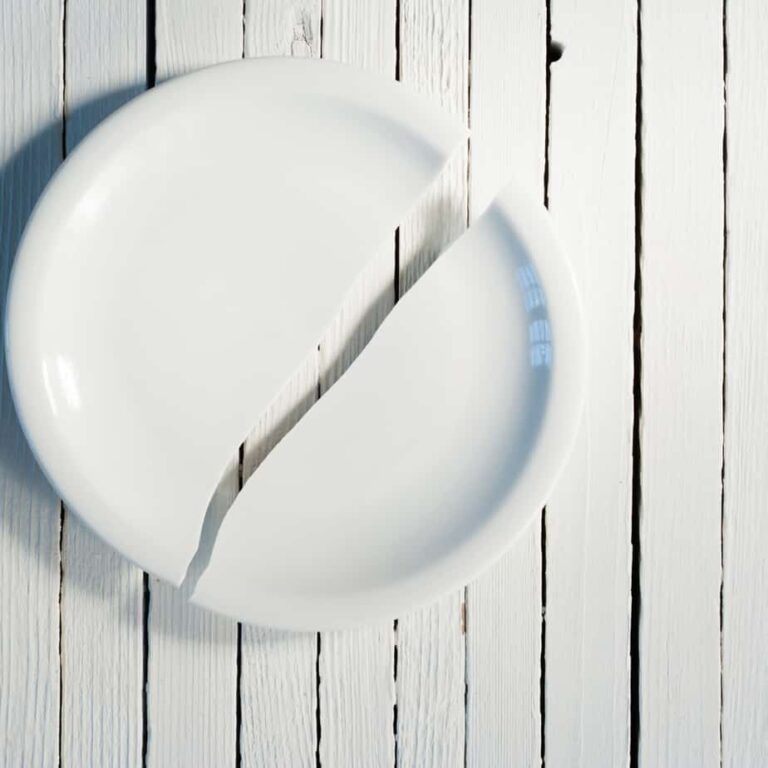