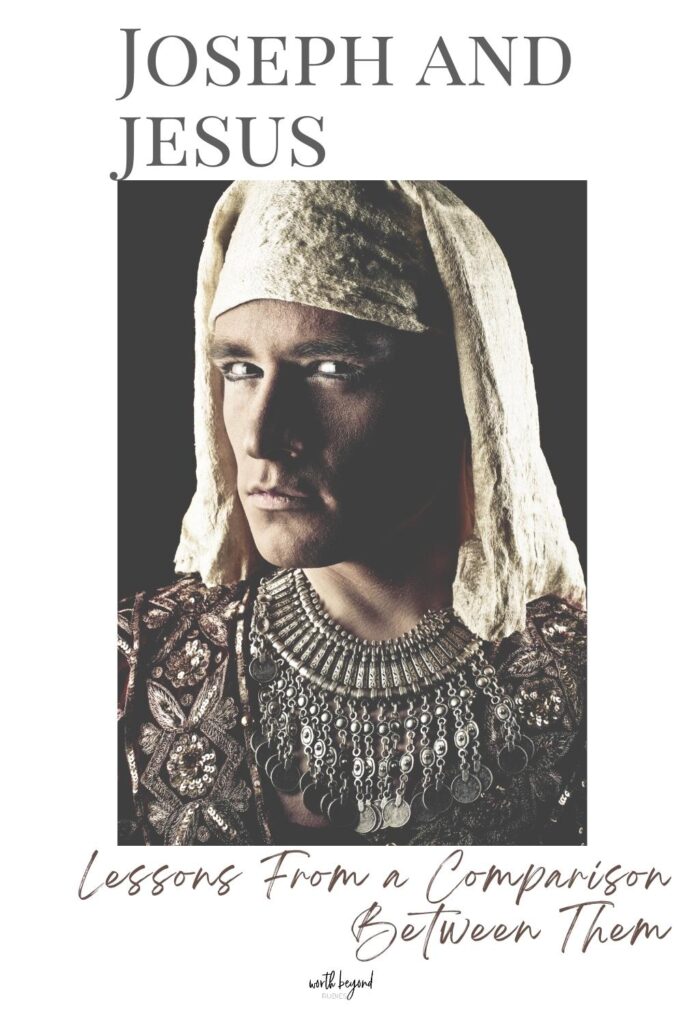 The story of Joseph and his multi-colored coat is perhaps one of the most well-known and beloved biblical narratives. I admit it is one of my own favorites. Joseph’s story is not only full of great intrigue and drama but many see a prophetic aspect to this narrative that foreshadows our own Messiah Yeshua (Jesus). But in reality, were there more similarities or more differences between the two? Join me as we look at a comparison between Joseph and Jesus.

Comparison Between Joseph and Jesus – Similarities

When we look at Joseph and Jesus, we DO see many parallels.

Joseph was mocked for being a “dreamer” and he was ridiculed by his brothers because they were jealous and felt he was a bit of a braggart. And, if we are being honest, he was.

He was Jacob’s favorite son and oh, he knew it. Joseph’s dreams were shared with his brothers and they always seemed to paint Joseph in a position of authority or superiority over them. He was not the most popular young man in the family outside of his father’s affections, put it that way.

Jesus was mocked and taunted by others at the end of His life.

Matthew 20:19 shows that Jesus knew He would be mocked during his trial, scourging, and ultimately his crucifixion:

They Were Both Sold Out

Joseph was sold into slavery by his brothers, which at least saved his life.

Jesus was sold out and betrayed by one of his most trusted disciples, Judas, for 30 pieces of silver. This betrayal not only led to Jesus’ death but Judas’ own as well to suicide.

They Were Both Raised Up

Joseph was in prison for being falsely accused by Potiphar’s wife.

Jesus was in a tomb.

Interpreting a dream for Pharaoh, king of Egypt, raised Joseph from his pit.

A resurrection raised Jesus, King of Kings, from His.

So now that we have covered some of the typical comparisons people make between them, let me speak about their differences because contrary to popular opinion (and love for Joseph thanks to movies and childhood stories about the life of Joseph) they are vast.

Comparison Between Joseph and Jesus – Differences

So now we will look at what makes Joseph and Jesus so different and they are very different.

Let’s face it. Joseph was haughty and prideful. He was an arrogant kid and relished in the favor of his father.

He was, as I mentioned earlier, a dreamer and an interpreter of dreams and he certainly loved to share his with his brothers and even his father grew rather annoyed with him.

In contrast, Jesus was humble and never took his divine stature for granted. He even remained silent while facing public shame.

Corrupted by Power vs Servitude to Others

Joseph rose to power in Pharaoh’s court and was absolutely corrupted by power (more on this in a moment). Joseph was not the altruistic leader he is often painted to be.

Jesus on the other hand sat down and washed the feet of his followers. He taught and was Himself a great example to us of how a good leader serves people and His ultimate act of servitude was giving His own life to save ours.

The Corruption of Joseph

When we look at Joseph and Jesus we have to look at the fact that they were both powerful leaders but in very different ways.

There were two Jewish sages Hillel and Shammai and they and their followers made up the two major schools of exposition of Oral Law that existed from the first century BCE to the second century CE. These were Pharisees.

Hillel was President of the Sanhedrin and Shammai was Vice President so they worked together quite closely.

We often find them in dispute with each other over issues of Torah law and Beit Hillel was usually victorious in these disputes. But every indication was they were friendly with each other.

Beit Shammai is often thought to be the Pharisees that tended to get into disputes with Jesus.

There is a story told in Talmud Shabbat 31a that I will share because Hillel’s response will sound quite familiar to you.

Jesus summarized the whole of the Torah in the same way. He led his followers in love and He served as the ultimate example of love to us all in giving His life for us.

Then we look at Joseph. Again, we have romanticized the story of Joseph because of movies and childhood stories of his colorful coat!

But we need to look at what the Bible has to say about his leadership after he entered into Pharaoh’s court.

He became fully engrossed in Egyptian life and in making Pharaoh more powerful.

Joseph had stored up plenty of food in Egypt during the years of abundance. The Bible tells us in Genesis 41:47-49:

We then go on and read about how the famine begins and Joseph’s family in Canaan suffers and how Joseph reunites with his family. I will skip that part of the story for our purposes here because I want to focus on Joseph’s corruption (although one could make the point that torturing his father by imprisoning Benjamin was cruel enough as well when his father was already distraught and suffering).

So Joseph brings his family to Egypt and settles them and then, in chapter 47, we read more about his leadership.

So Joseph took all the money from the people and enriched Pharaoh and then the people ran out of money. Joseph had plenty of food. He could have easily distributed food to all the cities and kept them all fed. But he didn’t. He had the people coming to buy from him to make Pharaoh wealthier and, no doubt, himself as a result.

Joseph becomes corrupted by power in Egypt by taking advantage of the famine – not to gain for the nation as a whole (because he was also selling to others) but to gain money for Pharaoh by then taking their livestock, then their land and then ultimately making the people indentured servants.

The priests were spared from Joseph’s greed for Pharaoh’s wealth but it seems Joseph’s own family also prospered in Goshen:

The irony here, if one could call it that, is that the reason there were later Hebrew slaves in Egypt in the first place was that this former Hebrew slave, Joseph, brought them there when, perhaps, he could have done something else to help his family while they remained outside of Egypt as he gave food to others outside of Egypt. He wanted to bestow the “best of Egypt” upon them (Genesis 45:20).

I think he did this partly out of love for his family but I do believe it was due, in part, out of arrogance and a desire to see the dream of his youth come to fruition.

This Hebrew slave turned second in command of the most powerful empire in the world had all the power of the world at his fingertips and, rather than act in a way that helped others through famine, he took advantage of them to further Pharaoh’s wealth and ultimately his own.

We often say the Lord placed Joseph where he was in order to save Israel and I believe that to be true.

Even when we go astray, the Lord’s plan is still carried out. But Israel had to suffer over 200 years of slavery as a result before Moses, the most humble man on earth other than Jesus Himself would come on the scene to save them as God answered their fervent prayers.

Joseph and Jesus do have some similarities but we cannot ignore their contrasts.

What are your thoughts about Joseph’s potential corruption?